Family gather for investiture at palace in Puaikura 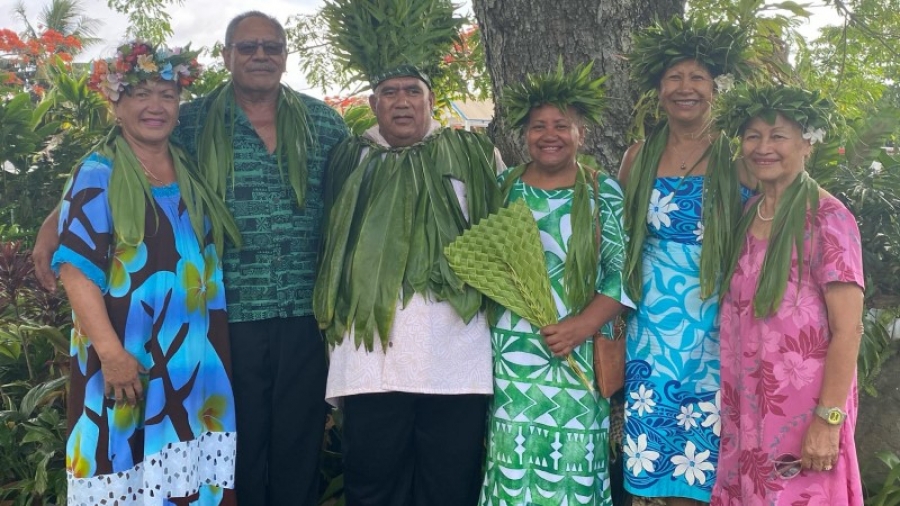 Tinomana Tokerau Ariki bestowed the title on Manea at the Au Maru palace grounds at Puaikura.

Tamaiva Rangatira was pleased at the peaceful proceeding of the ceremony.

Born on January 15 1935, Tamariki Tamaiva (Maki) the previous title holder passed away on Christmas Day in Wellington, New Zealand. He was returned to Rarotonga this month and buried at the Noa Pakau family burial ground in Ruaau, Arorangi.