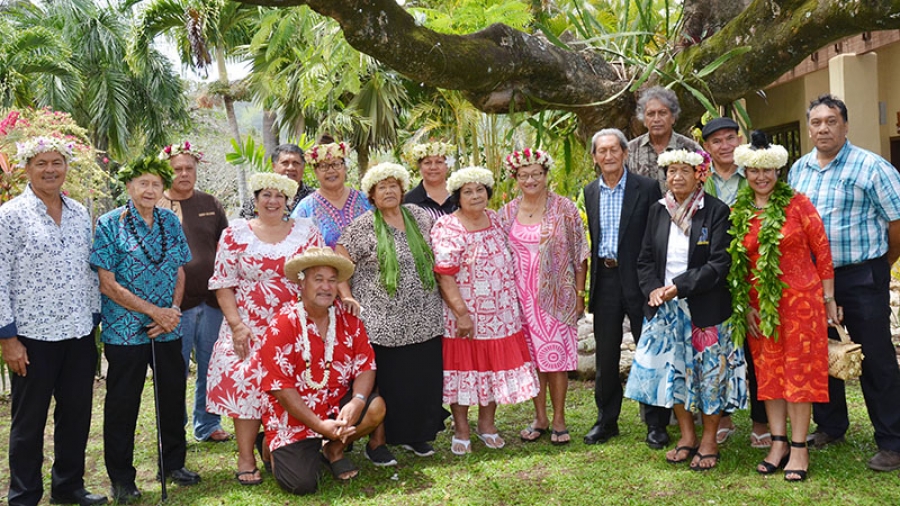 Koutu Nui warns submission to abolish them will have dire political consequences, if pursued.

A Cabinet submission from the House of Ariki and its Minister George “Maggie” Angene to abolish Te Koutu Nui has shocked members of the traditional leaders group.

The intentions of the matter were discussed at the annual Te Koutu Nui conference held at the Crown Beach Resort this week.

“Our united members say that this inappropriate recommendation to our Cabinet is a ‘knee jerk reaction’ that will have dire political consequences if pursued,” Allsworth said.

Clerk of the House of Ariki, Tupuna Rakanui confirmed the matter is before Cabinet.

However, Rakanui did not reveal the reason by this move.

Due to Cabinet’s present engagements, he said “time is forthcoming when the House of Ariki will be able to sit down and address the matter”.

“The House of Ariki would like to pursue the matter; the reasons why will reveal itself in due course,” said Rakanui.

Allsworth said he had been informed that the matter would not be addressed until after the new Government leadership arrangements have been resolved. The new Cabinet led by Prime Minister Mark Brown was sworn in on Wednesday. They will be allocated with their portfolios in the coming days.

According to Allsworth, to amend the Te Koutu Nui legislation, an amendment to the Constitution will need to be made. This he said would require a two thirds majority of the Members of the Parliament.

“Te Koutu Nui has been and will continue to be vocal against government policies that do not support various public and community concerns and the will of the people,” Allsworth said.

The Koutu Nui’s mandate is clear under the Cook Islands Constitution, he said.

“That is to ‘consider such matters relative to the welfare of the people of the Cook Islands’. I believe we have listened to the voice of the people and we have tried our best to deliver what is good for our people.”

Allsworth believes the submission is also a personal vendetta against him because of his private support for a particular person to be invested with an Ariki title in the Pa Enua.

The Koutu Nui president said he would not seek re-election after his current term. The election of office bearers is held every two years.

Allsworth also said he would resign and move aside to save the traditional organisation, “if and when the need arises due to circumstances from government and Cabinet to change or abolish our mandate”.

“Our traditional leaders have vested titles for life. Politicians have a limited life span of four years election cycle.”

Te Aronga Mana’s two houses of Te Ui Ariki and Te Koutu Nui were created by founding leaders after 1965 for a “statutory purpose”.

Allsworth said: “To look after and protect the welfare of our people, this is traditional democracy in its purest form.”