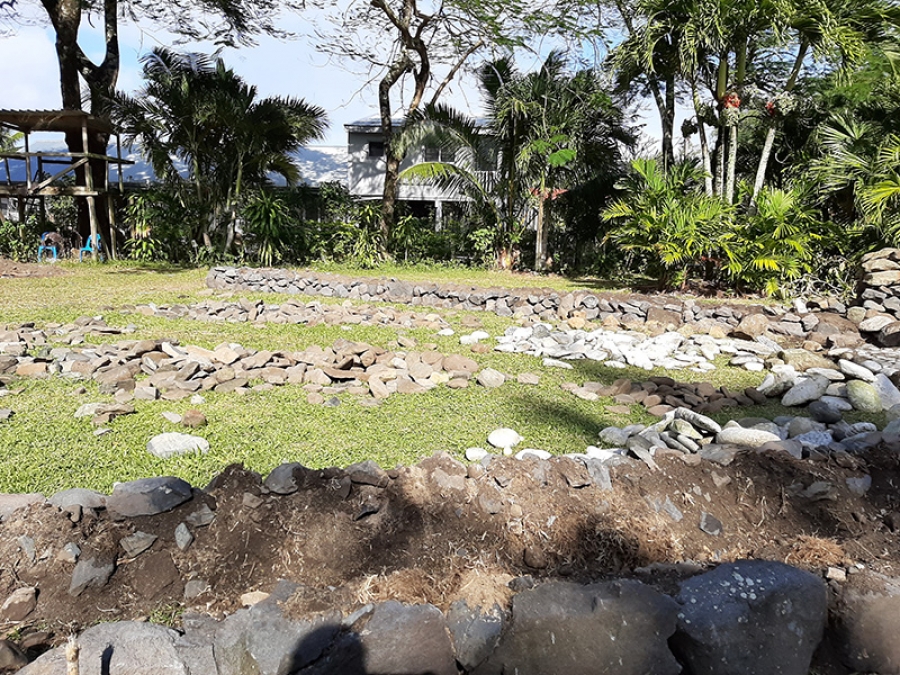 The Atupare marae at the House of Ariki grounds in Kavera has relocated and has a new design.

A ceremony lifted the tapu of Atupare, so it could be moved to a better site nearby.

The new marae is located near the main road and will now have all the 24 Ui Ariki seats faced toward the building and the mountains.

Because of the restricted area at the side of the office where the previous marae was placed in 2012, a row of seats had their backs facing guests or the audiences.

Clerk of the House of Ariki, Tupuna Rakanui said: “We are improving the marae, it has been a dream to move the marae near the road facing the building and guests.

“As long as we hold onto the significance of the marae, its function is to hold onto our customary values, not just for guests from overseas, but for our own people,” he said.

The ritual of “kiriti marotai” was traditionally performed near the sea, as in the old days people arrived on boats to the shores.

This custom was adapted to be conducted at Atupare.

“Since 1966 there had never been a national marae, until Atupare,” said Rakanui.

Minister George Angene is managing the construction of the new site.

Local artist Tuaine “Katu” Teiti Jnr has designed the new marae, which is expected to be completed in a few months.