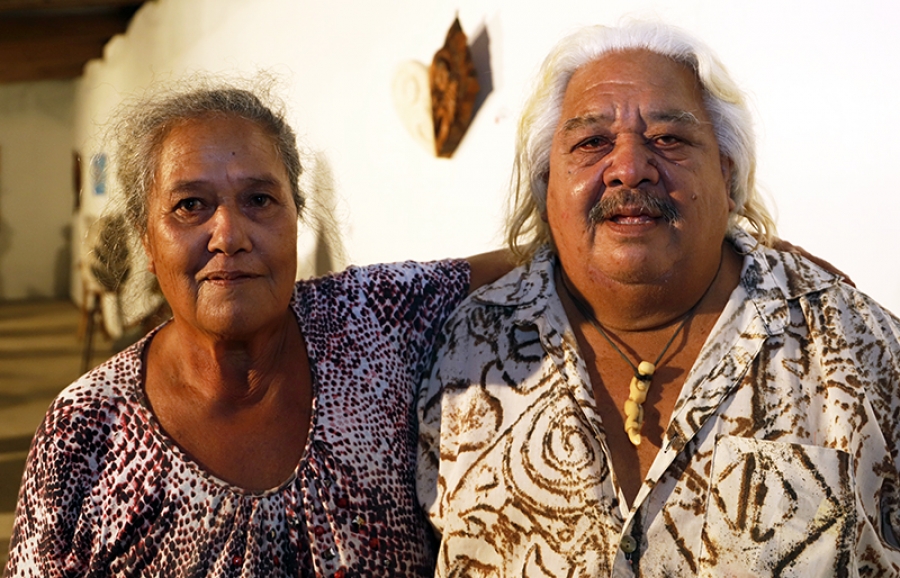 Mike and Awhitea Tavioni pictured at the opening of an exhibition at their Atupa gallery on Monday night. Though the gallery has yet to be officially opened, for the well-known pair, the opening marked the realisation of a long-held dream.

Estimating a total attendance of “about a couple hundred people” over the course of the night, artists Mike Tavioni, Chauncey Flay and Hori Miller all agree that their sculpture exhibition opening at Tavioni’s yet-to-be officially opened Atupa gallery on Monday was “a great success”.

“I’m amazed at the number of people that came, because I’ve seen many exhibitions at other galleries and I think we had a record crowd,” said Tavioni. “More people than we expected.”

Those who couldn’t make the opening haven’t missed out altogether though, as the exhibition remains open to the public until Thursday.

All three artists managed to sell several works on opening night too, with one of Tavioni’s works having been auctioned off the night before for charity. The proceeds of its $700 sale price went straight to Red Cross.

The trio said they were happy to see a wide range of people from the community attending the exhibition, including several local families who brought their young children along.“A couple of kids bought a painting actually,” said Miller. “A butterfly one; they were about 11 or 12.”

The artists would like to thank Jessie Sword and Sid Toa of Raro EXPO for the use of their lights, Nadine Newnham for her help, support and encouragement, Tooks at Coco Putt for the wine glasses, and Gina Pora for supplying the catering.