Ariki to pay her respects to war heroes at Waitangi 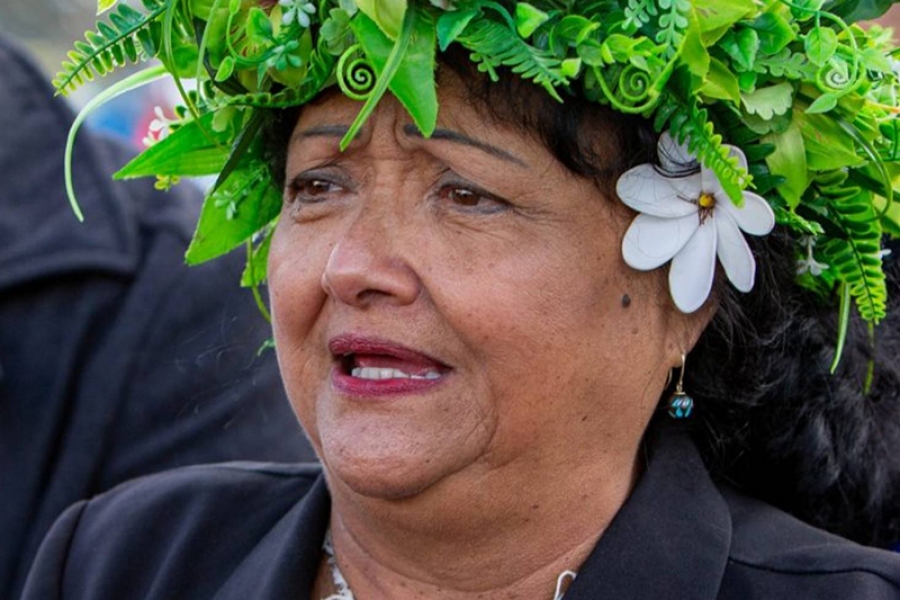 Pa Upokotini Ariki is to attend the Waitangi commemorations in New Zealand this week.

She said she was overcome with emotion to be able to come back to Waitangi after a long absence.

Her return is especially poignant, as it follows the death of the late Pa Tepaeru Terito Ariki, who passed away on February 3, 1990 on her way to the Waitangi Celebrations.

The Takitumu Ariki has strong established relationships with Aotearoa and many hapu throughout New Zealand, and last year she visited the land occupation at the south Auckland site of Ihumātao.

Tomorrow’s formal visit will provide an opportunity to further strengthen and rekindle the links to iwi of Te Tai Tokerau, said Ngapuhi whanui.

As a part of the visit she will attend the official opening of the 28th Maori Battalion Museum, just a stone’s throw away from the Treaty Hous.

Kia Maumahara Maori Pioneers Forgotten 43 is a group of uri and supporters of World War One soldiers who served underground in Arras while attached to the New Zealand Tunnelling Company.

The 43 Pioneers assisted with the development of the Arras cavern system which provided shelter for thousands of Allied soldiers prior to a surprise attack.

The Arras Pioneer Tunnellers had a number of North Island iwi links, including Nga Puhi. As well, three of the Pioneers were born in the Cook Islands, one in Australia (described as full Maori in a historical newspaper report), and one other was born in Norfolk Island. A descendant of the ‘Bounty’ Norfolk Islanders and with Tahitian and African American lineage, 30138 Pte Charles Jackson would later serve with the Rarotongan Company in Egypt.

Along with a contingent of New Zealand Tunnelling Company descendants and Maori Pioneers whanau, Pa Ariki attended the 2017 Battle of Arras centennial anniversary in France.

They were also able to visit graffiti and names left behind by tupuna in the Arras caverns. This includes the 'Kia Ora' kupu. An image of this kupu is now part of the new Waitangi museum.