Not enough evidence for police claim of assault 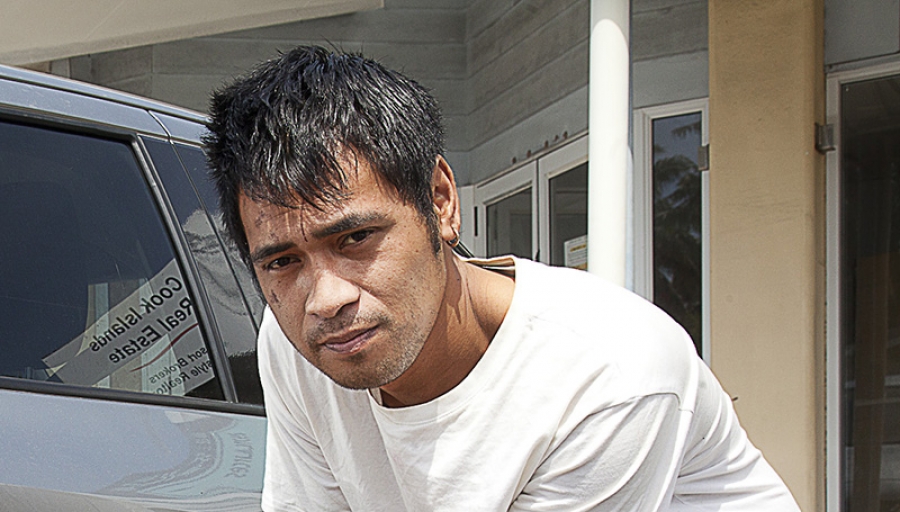 Crown Law has withdrawn two charges against a young father who was accused of smashing a police car and assaulting an officer.

Prosecutor Jana Epati said there was not eonugh evidence against Aue Inangaro Tamariki Vakatini for the charges of wilful damage and assaulting an officer.

Vakatini was in the Raro Fried Chicken carpark last September, talking to his wife and five-year old daughter who were in their car, when he said he felt a punch on the right side of his jaw.

Police accused him of assaulting an officer – but mobile phone video footage was shared on social media, showing police throwing Vakatini to the ground and punching him in the head.

Vakatini alleged he was brutally assaulted by police officers who arrested him that early Sunday morning.

He was released from custody after missing out on Father’s Day – and came out of the police cell on a Monday morning with a broken jaw that he said was caused by a police punch.

Epati said they initially hoped for Vakatini to enter a plea to the current charge of threatening to kill a police officer, but would now seek another month’s adjournment.

She said police were looking for CCTV footage for this last remaining charge.

Justice of the Peace John Whitta adjourned the matter to July 23 for further review of the remaining charge.

Meanwhile, the police officer alleged to have assaulted Vakatini has pleaded not guilty to the charges of assault with intent to injure.

On the day of the incident, there were fair exchanges of assault and abuse between the officer and Vakatini, said George.

Neither acted appropriately; both were emotionally affected.

The officer has elected a judge and jury trial. The date for trial is yet to be decided.