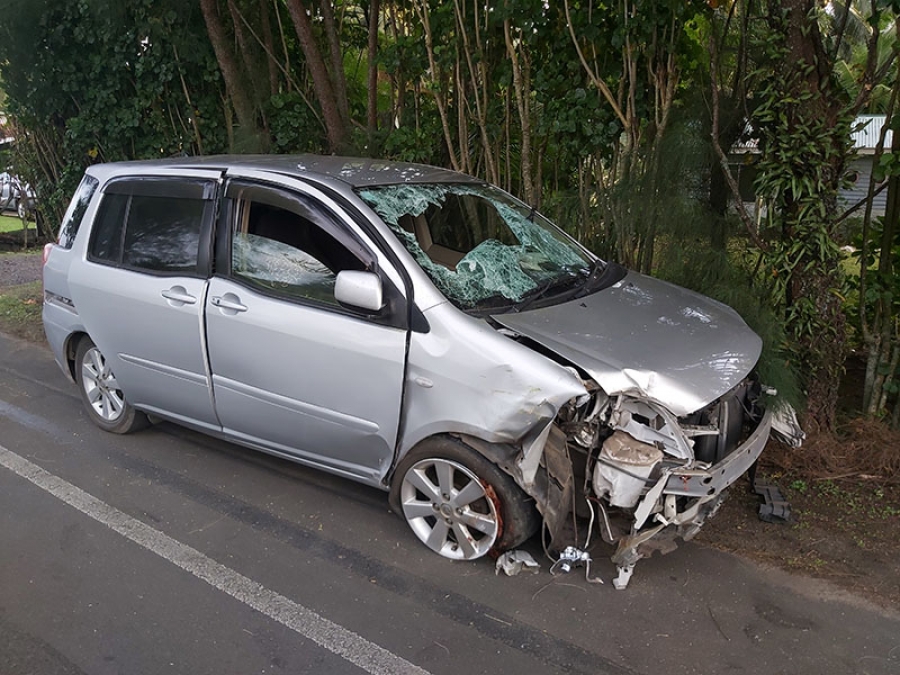 The crash cases from January to June this year included the driver of this vehicle that crashed at Nikao near Rarotonga International Airport on June 20. 20062102

There has been a reduced number of motor vehicle crashes compared to the same time last year, police say.

From January to June this year, there have been 77 crashes compared to 108 crashes around the same time last year.

Pitt said motor vehicle crashes had been low this year.

Cases included the driver of a vehicle that crashed at Nikao near the Rarotonga International Airport on June 20.

Kelepi Mouwa admitted to the excess blood alcohol charge, after he was found to have consumed alcohol over the legal limit - 206 milligrams of alcohol per 100 millilitres of blood.

He has been disqualified from driving for the next 12-months

Police prosecutor senior sergeant Tuaine Manavaroa said the driver was by himself, there were damages to the vehicle and it was his first appearance in court.

The driver had to be pulled from his car by the Rescue Fire Service and taken to hospital by ambulance. The vehicle he was driving flipped on its side in a collision at Nikao.

In the weekend, a truck driver drove into a motorbike on the main road near Chilli’s and is facing charges.

A female on the motorbike escaped serious injury when the truck entered the main road without checking for oncoming traffic.

Another incident involved a car at Atupa which ended up in a ditch.

‪Earlier this month, blood was sought for analysis from a female driver involved in a car crash at Matavera.

Pitt said that while drunk driving has crept back due to the opening of accessibility to alcohol, police are maintaining vigilance over road behaviour.