Thursday 28 May 2020 | Written by Losirene Lacanivalu | Published in Crime 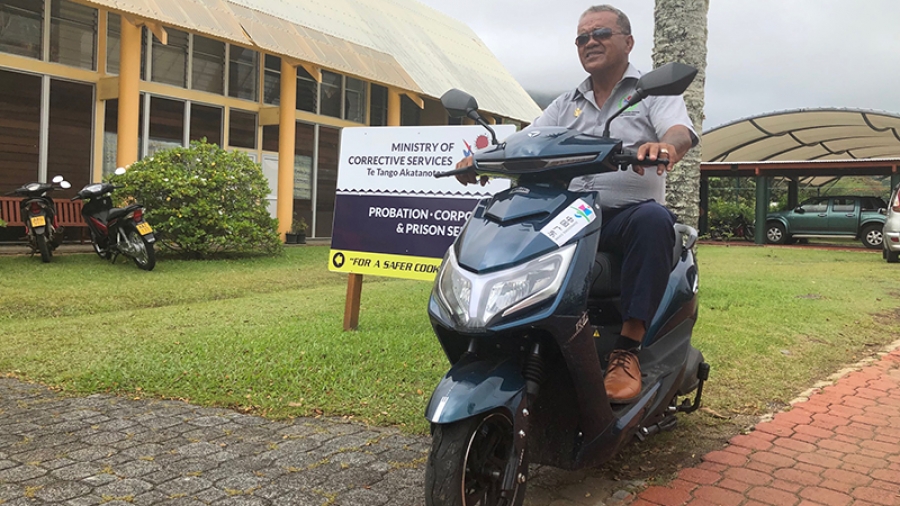 Corrections Minister George Maggie Angene was driving north from Arorangi on a Friday night, when he saw the motorcyclist in front of him swerving about on the road.

He suspected the driver was drunk, and so he called police – but he didn’t stop there.

Maggie followed the weaving motorbike past the airport as he gave police a running commentary over the phone – before the driver stopped at The Islander Hotel.

Maggie’s account is now at the crux of a High Court trial – but despite being the key witness, Maggie himself was excused from giving evidence.

Matangaro Mateariki was charged with driving under the influence of alcohol on February 28.

The Police prosecutor, Senior Sergeant Fairoa Tararo, said Maggie was tailing the motorcycle driver towards town, when he called police and reported that the motorcyclist ahead of him seemed to be drunk.

The driver pulled over at the Islander, so Maggie also stopped, took the bike’s registration number, and gave that to police too.

Police arrived at The Islander and saw the motorbike, so they waited for the driver to emerge from the hotel.

Tararo said Mateariki approached the motor cycle to drive away. He was taken to the police station, where he refused to take a breath test.

Defence lawyer Norman George argued his client was not driving the bike when Maggie called in his complaint, but was already at The Islander. “That person that the minister saw was not the defendant.”

Mateariki and his friend knocked off from their work at a hotel in Arorangi at 5pm, gone for a swim at the Social Centre, bought some beer from Super Brown in Nikao, gone home to Avatiu, then decided to go have pizza at The Islander.

They were at the hotel from 7.30pm and came out around 9pm – which George said was the time of the complaint.

The prosecution had three witnesses who were all police officers; Mateariki and his friend were the witnesses for the defence – but George Maggie did not testify.

Police Sergeant Russel Rua was the operations officer that night. He sent a team down to the hotel, giving them details of the bike. He did not know who the complainant was until later.

“We asked his location, he said at the main road heading to the seawall, he identified the motorcycle number and urgently requested police assistance. Moments later he said the driver pulled over at The Islander Hotel car park.”

The police unit located the motorcycle, while Maggie went to the police station and gave a statement. “He was concerned and asked for the keys to be taken off. I told him, well done you saved someone’s life, but let us do our job,” Rua said.

A second police officer confirmed Maggie had later asked that his complaint be withdrawn, as he did not see the alleged driver’s identity.

Norman George asked for the court to dismiss the case, because police had failed to bring Maggie to court to give testimony. Police had not proved that Mateariki was the one driving the bike, who the minister complained about.

Sgt Tararo objected, saying police had identified the driver and the evidence was the number plate. The defendant did walk out of the hotel intoxicated and was about to hop onto the bike when police approached him.

Justice of the Peace Tangi Taoro denied the application to dismiss the case, saying police had reasonable cause to suspect Mateariki was attempting to drive while under the influence. She reserved her decision.