‘I could not fight back’ 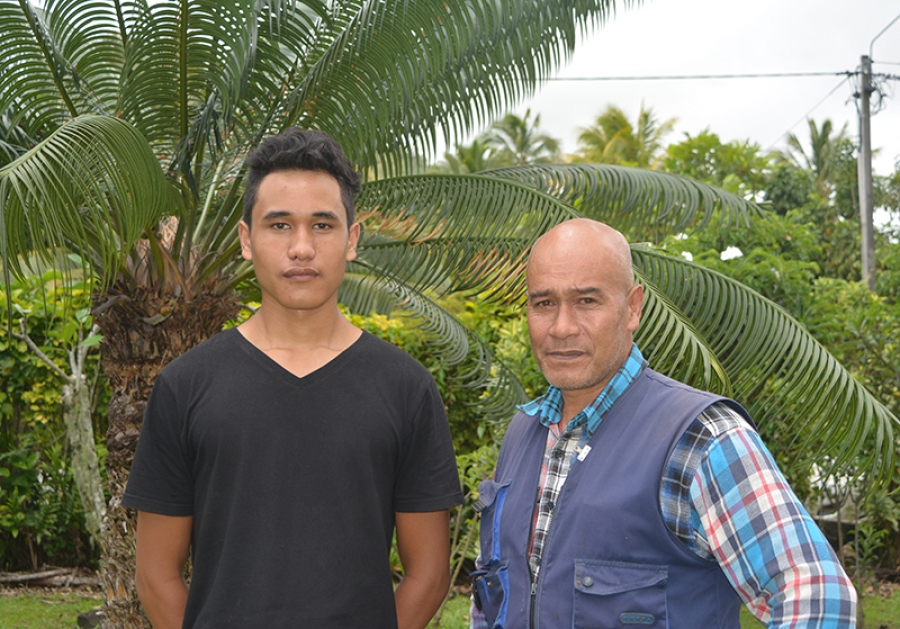 Police appeal for information to help them track down two violent thugs. Father Ina Tipokoroa said he hoped police could make an arrest with the information they have – and called for shop owners to install security cameras so it is easier to catch robbers.

Eighteen-year-old Anakin Tipokoroa should have been sitting his level 3 biology exam yesterday.

The year 13 Tereora College student had been awarded a certificate for excellence at prize-giving, and was hoping good results in his science exams would set him on his path to a tertiary qualification in computer programming.

Instead, he took a hospital medical certificate to the school. It was scarcely needed – his swollen face spoke for itself.

The top student had been punched to the ground in a brutal robbery of the Arorangi Tex Mart where he worked. “You’re dead,” a thug yelled at him.

Anakin told Cook Islands News how he was restocking shelves late in the afternoon, when a male customer walked in, looked around and went out. Then another man came in and said, ‘Hi’.

He didn’t see anything else suspicious until after 5pm. “Five minutes before the attack I saw someone covered his face with a t-shirt or something, he was hanging around the new shop there was no lights there; I thought he was just hanging out there.

“I went back in to do some restocks and I heard this loud voice, I looked to the left he rushed at me and attacked and punched me.”

He was punched in the mid-section below his chest and mostly on his face until he fell on the floor. He was told not to look up, warned that he was dead and was punched again.

The robber ripped out the cash till and ran out with it.

“I was in shock, when I looked he rushed at me, I could not fight back, I didn’t know what to do,” Anakin said. “I never expected this to happen. I have worked there for a year, just had angry customers but nothing like this, nothing this extreme.”

From there, time is a blur. Anakin recalled getting up from the floor some time later, when some people arrived at the shop. He told them there had been a robbery, and then he called the shop owner Tex Tangimetua, the police, and his dad.

Police said they were called to an incident at 7.55pm where a shopkeeper had been punched several times and fallen to ground.

Spokesperson Trevor Pitt said the male offender seized a cash till and fled the scene with an accomplice, who was waiting on a motorbike.

“The offender was masked in this attack. The victim suffered injuries to the facial area. Police are appealing to anyone who may have been in the vicinity or in the shop just prior to the time of the incident, and also shortly after.”

The Police Criminal Investigation Branch are now investigating the case.

Shop owner Tex Tangimetua said he was sorry for what happened to Anakin, especially just before an important school exam.

Tangimetua and close friend Doreen Boggs were at the Nikao Social Centre when Cook Islands News caught up with them.

They had received information from a close friend that what looked like a cash till was at the seawall near the social centre.

Tangimetua finally found the till, but unfortunately it was empty. He could not confirm how much had been stolen.