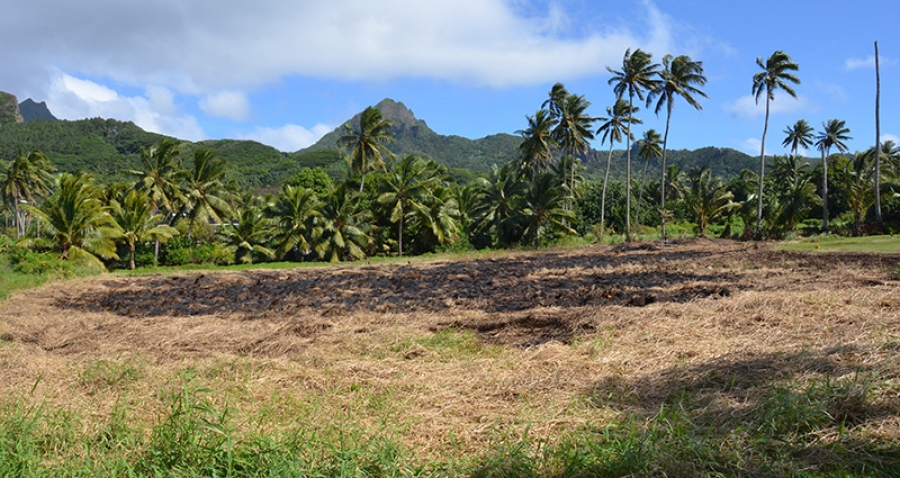 A vacant section burned at Karekare in Tupapa on Wednesday night. 20061804

The Temurimotia fire station has been called out at least five times in the past week to attend fires threatening homes and livestock.

One concerned neighbour said people should be charged if the fire service had to be called. “People get affected when thick smoke threatens our health,” she said. “It happens too often, they know it’s really windy and are too casual, fine them.”

Be careful when you dry burn, and it’s windy, he said. People’s homes can be put at risk.

Fire trucks including the rescue service were called out twice on Wednesday night, to attend two fires in the Tupapa area. One was at vacant section along the back road at Karekare, the other was a tree on private property behind Super Brown.

On Monday, three goats has to be rescued from a fire in Titikaveka, and late last week they were called to two more fires in Matavera.

Macquarie urged people to ensure their fires were put out completely when they left, as embers could be carried and inflamed by the wind.