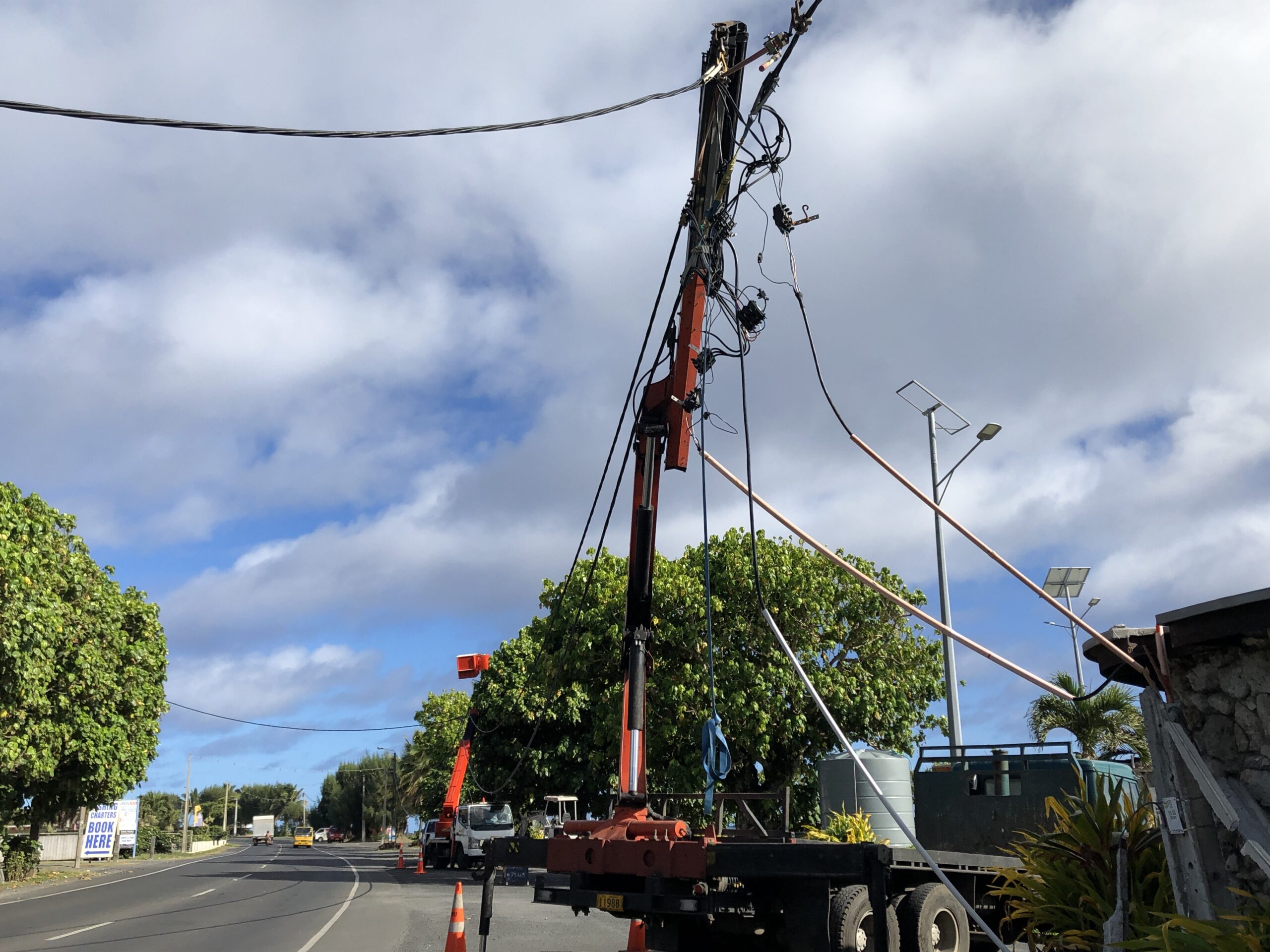 The power pole that was damaged by a truck driver on Sunday night. EMMANUEL SAMOGLOU/ 20101914

Blood specimen has been sought from the driver of a truck that smashed into a Te Aponga Uira (power) pole on Sunday night.

The accident happened near Avatiu harbour at around 8pm.

Blood specimen has been sought to determine whether the driver was under the influence of alcohol.

According to Cook Islands Police, the driver claimed he suffered an asthma attack resulting in the crash.

Te Aponga Uira team were out at the scene repairing the damages. A makeshift pole supported by cherry picker trucks has been placed to support the cable.

The costs of the damage to the power pole and the cable will be assessed by Te Aponga Uira.

In a similar case recorded earlier, the replacement cost of the pole was handed to the driver who damaged it.

Police earlier mentioned that wrecking part of the power infrastructure could result in a hefty bill – the costs could run into thousands of dollars.