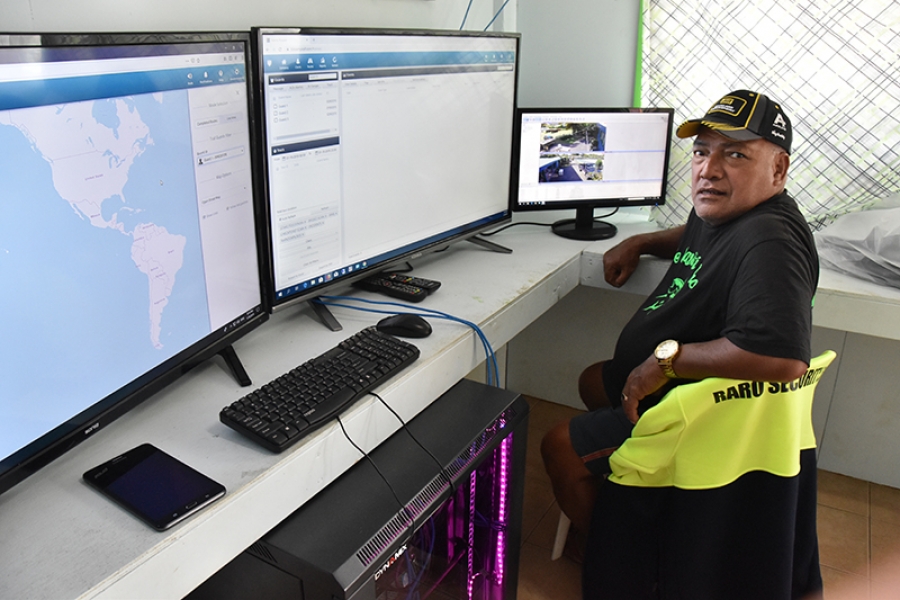 In a bid to combat the rising burglary and robbery cases on the island, Raro Security Limited is beefing up its security monitoring systems with Closed Circuit Television (CCTV) surveillance.

Break-ins and damage to properties have become a concern in Rarotonga, says company director Makirere Poila.

With such crimes increasing at an alarming rate, Poila decided to relaunch the company that was founded many years ago with the support of the former partners.

It is now under the directorship of Makirere and two of his sons, Trends and Paku.

They have increased their Closed Circuit Television surveillance system with the addition of new monitoring screens and devices in their control room.

The addition of a 24-hour home office has made it easier to monitor the cameras of their clients.

“My wife and children help out, we take turns on shifts, it’s a lot easier having the office here at home,” Poila said.

“We can monitor the client’s cameras so they have peace of mind when they leave their offices to go home.

“If we see a problem, we send out our guys on patrol to look into it.”

Presently, they have 10 staff posted at various locations on the island and 20 customers on their list.

“We are here to help ensure businesses and properties are patrolled and monitored,” Poila said.

Cook Islands Security, which is the other company servicing Rarotonga residents, will open up its own Closed Circuit Television control room this month.

Chris Denny, managing director of Cook Islands Security, said most of his clients were accommodation businesses.

He believes small organised groups rotate their targets, so police and security who are on their tail will slip up.

“A safe destination and crime free communities is what we strive for. Together, we can achieve this within the next six months.”

Denny said they have also been approached to be certified first responders to assist in any traffic accident or life emergency cases.

“I personally think this is a good service for our community and visitors.”