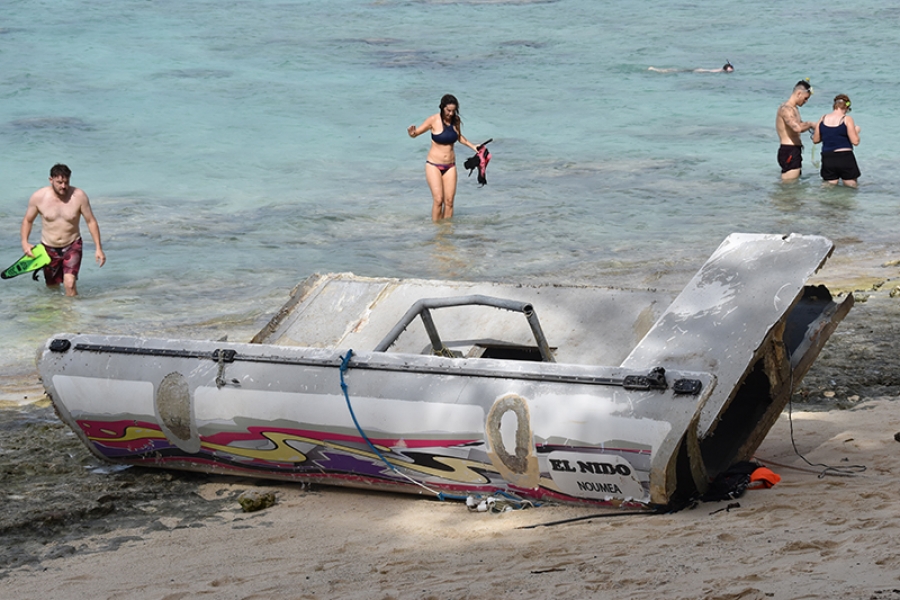 The wreckage from the Noumea-registered boat washed ashore on Tikioki beach last week.

The mystery shipwreck washed up on a Rarotonga beach had been heading from eastern Europe to Aitutaki.

Cook Islands News has tracked down the owner of Noumea-registered yacht El Nido – and discovered an extraordinary survival tale.

He was bound for Nouméa, New Caledonia, but had stopped along the way at Bora Bora and Maupiti Island. He was on his way to Aitutaki when the engine failed. “The boat was damaged, but still able to float in one piece,” Kerrio says.

Kerrio was hoisted onboard a Tahitian Dauphin rescue helicopter, in the dark of night 470km from the nearest civilisation, after setting off a distress beacon. But his catamaran was left stranded on the atoll of Mopelia.

The current and tide pushed the boat back to the passage and the stranded boat started to sail on its own,

“I never thought to be rescued that fast in the middle of the night by a helicopter,” he says. “The wave and current have been so strong that they pushed it away during the night.”

A Japanese fishing boat sighted the catamaran still in one piece a few days later, but was unable to recover it – and it wasn’t seen again until it washed up last week on Rarotonga.