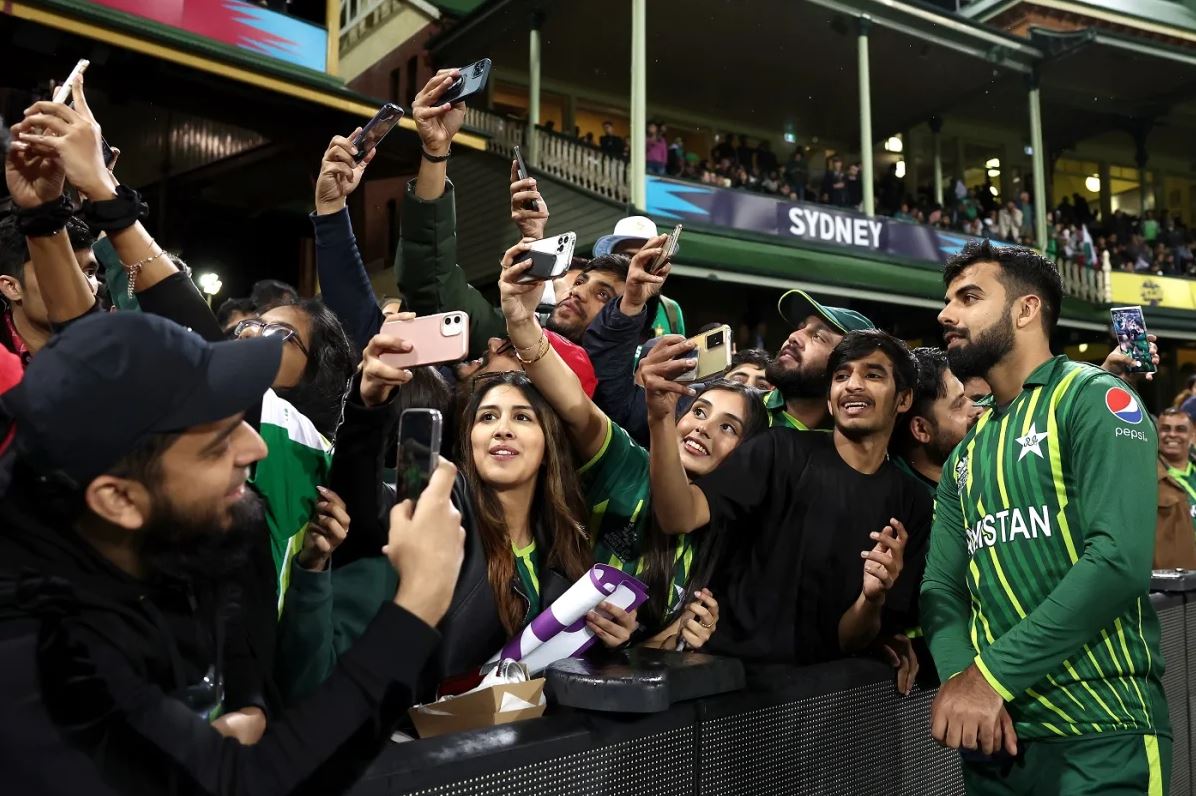 Pakistan vs South Africa – Pakistan won the toss and elected to bat first.

If you want to know what Pakistan cricket is all about, this World Cup has been a great example. One moment down and the next moment up. After back to back losses against India and Zimbabwe, Pakistan are making a fine comeback into the tournament.

On a good Sydney surface, they chose to bat first but at 43 for 4 in the seventh over it looked like their World Cup campaign was done and dusted. Two partnerships brought them right back into the game. Veteran Iftikar Ahmed first put on 52 of 39 balls with Mohammed Nawaz and then in a game changing partnership put on 82 of 36 balls with Shadab Khan. Between the three of them they hit seven sixes putting on a show for their supporters at the ground and the millions watching on TV. Pakistan finished with 185 for 9 in their 20 overs, the momentum firmly on their side.

Having to score at over 9 runs an over from ball one means you have to take risks. Unfortunately for South Africa the risks they took didn’t come off and they kept losing wickets right through their innings. The rain arrived and the game got shortened to 14 overs and South Africa ended up losing by 33 runs.

The biggest positive for South Africa was that their captain Temba Bavuma finally found some form. Pakistan on the other hand picked up two points, improved their net run rate and kept their hopes alive of making it to the semi finals. For that to happen they have to win their last game against Bangladesh and then hope that one of India or South Africa lose their last games against Zimbabwe and Netherlands respectively.