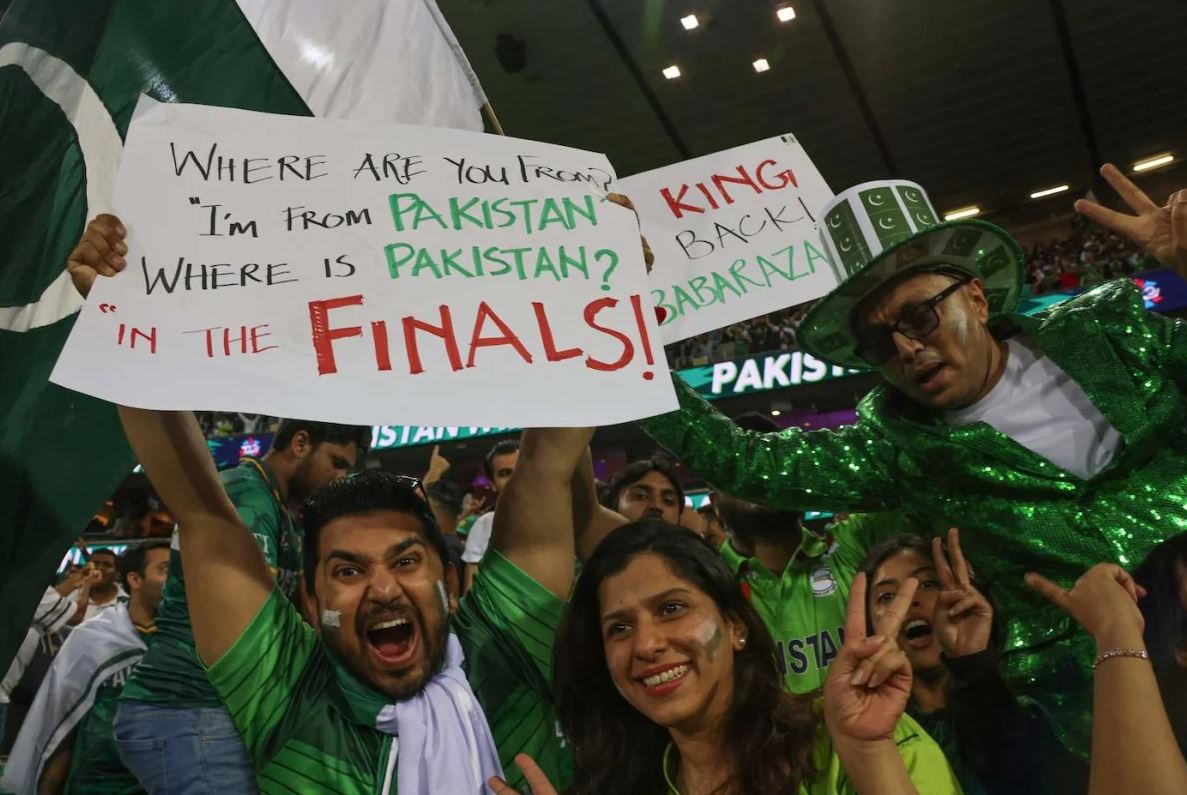 They might have been lucky in reaching the semi finals but Pakistan stepped up and delivered when it mattered most. They now wait to see who joins them in the final at Melbourne whereas New Zealand scratch their heads about another missed opportunity. Cricket analyst Rahul Patil reports from Sydney, Australia.

New Zealand vs Pakistan - New Zealand won the toss and elected to bat.

In the year 2000 American rapper Eminem released an album called ‘The Marshall Mathers LP’. The lead single of that album was a song called ‘The Real Slim Shady’. As Eminem famously asked, I feel like asking too ‘Will the real Pakistan please stand up?’. Is this the same team that choked against India and lost to Zimbabwe? Anyone who has followed Pakistan cricket for a number of years will not be one bit surprised by this result.

The white new ball only swings for a couple of overs so should Finn Allen have been a bit more patient? The daggers will be out once again, questioning Kane Williamson’s 46 of 42 balls at a strike rate of 109.52. At 49 for 3 at the end of the 8th over and Mitchell Santner batting at number seven, Williamson had two choices. He could take risks and hope that they came off in the pursuit of 180 or he could eliminate risk and make sure his side got to 150. In a knockout game of the World Cup, Williamson chose the defensive approach. New Zealand got to 152 but they have Darryl Mitchell to thank for it. Yet again in a pressure situation Santner provided the much needed impetus to the innings. Don’t get me wrong, Pakistan also bowled really well but the lack of intent from Devon Conway and Williamson definitely made their job easier.

A 153-run chase is prime Babar Azam and Mohammed Rizwan territory. New Zealand had to pick up early wickets to make a match of it. On the 4th ball of the innings Trent Boult found the edge of Azam’s bat and Conway dropped a difficult chance. First slip would have gobbled it all day but there were no slips in place. Boult always swings the new ball but after a boundary of his first ball Williamson removed the slip.

Once again in a knockout game Williamson chose the defensive approach. Like all good batters, Azam made New Zealand pay. A 105 run opening wicket stand in 76 balls made the rest of the run chase a formality.

The T20 format is too short to wait for things to happen. You have to make things happen if you want to win. It is also a game where aggression is rewarded more often than defence. A three or five match bilateral series is very different. There you get opportunities to rectify your mistakes. World cups are pretty unforgiving of mistakes which is why the more positive you are the more chances you create which in turn helps to nullify the effect of your mistakes.

It will be another tough pill to swallow for New Zealand who have let another opportunity slip away from their grasp. With Trent Boult and Jimmy Neesham giving up their central contracts there is a chance that this group of players might not play in a world event again. Over the last seven years the Black Caps have definitely had the personnel to win world events but they need to spend some time reflecting on how to seize key moments and get over the line.

Pakistan definitely looked more hungry and desperate for success on the night. After a shocking start they are now peaking at the right time. World cups are all about momentum and they definitely have it in their favour. They now eagerly await to see who joins them in Melbourne. We all know what the world wants. It is literally England versus The Rest of the World at the Adelaide Oval in the second semi final tonight (Wednesday 10pm).