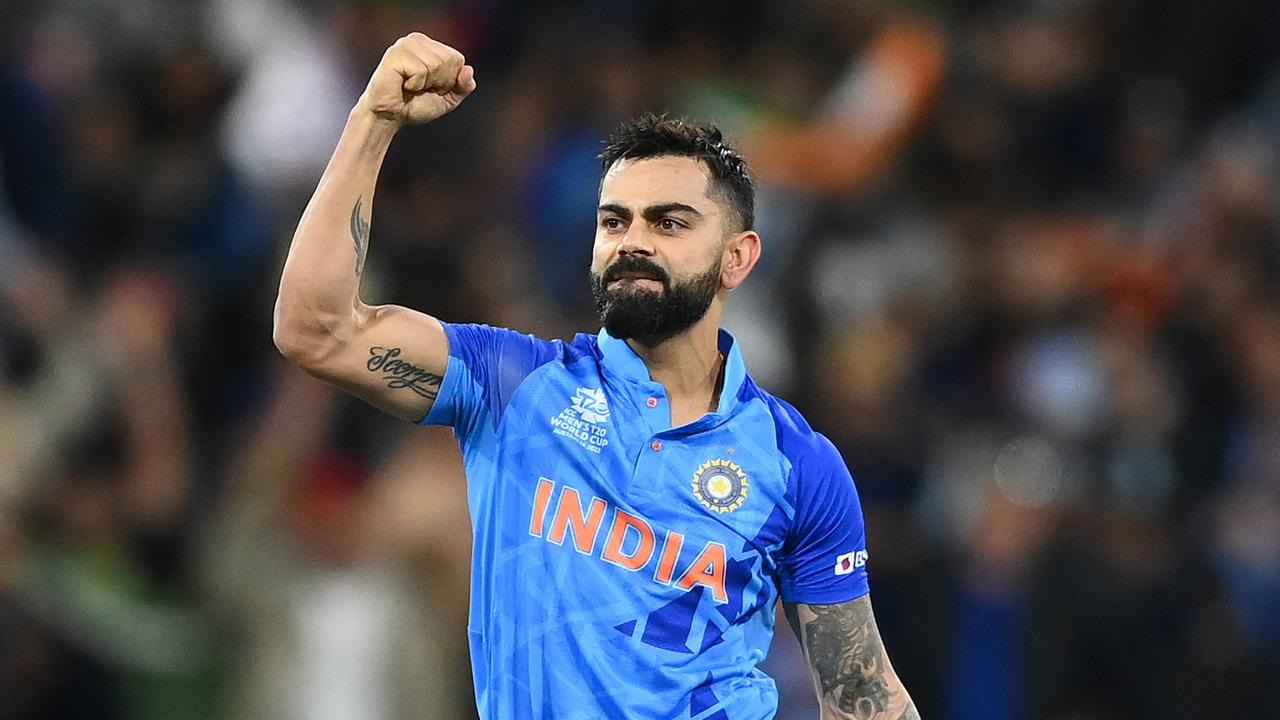 Virat Kohli of India after the win against Pakistan. Photo by Quinn Rooney/Getty Images/22102306

The marquee contest of the T20 world cup lived up to all the hype and arch rivals India and Pakistan produced a blockbuster contest on Sunday that will be remembered by the ages. Sri Lanka on the other hand played a near perfect game against Ireland to start their campaign in style. Analyst Rahul Patil looks back at all the action live from Australia.

Both these teams had to play the qualifying tournament to make it to the Super 12 stage. Like New Zealand did vs Australia, Sri Lanka played a near perfect game. They restricted Ireland to a below par score and then chased down the target comfortably thereby picking up the points and also giving their net run rate a great start.

Ireland is a good side and I expect them to upset at least one of the big teams but for that they will need to come out of their shell and express themselves. They have the skills to do it but do they have the conviction? Time will tell.

If you haven't watched an India vs Pakistan cricket match live in a stadium I would highly recommend it. It is an experience of a lifetime. The crowds, the screaming, the noise, the passion, the music, the singing, the dancing, the drama, the emotion, the joy, the disappointment and the camaraderie is something that cannot be described. It is also the best example of how sport always unites and politics normally divides.

Live sport has the habit of making us analysts look really stupid. Just when we think we know it all and have seen it all it slaps us hard in the face and laughs at us. Yesterday at the MCG was one such tight slap.

Chasing 160 for victory against arch rivals Pakistan in front of 90000 screaming fans the Indian run chase was in shambles at 45 for 4 after 10 overs. But King Kohli was still at the crease. He is called the kIng because the world of cricket is his kingdom and we fans are lucky to have lived during his reign, lucky to have watched him wield his bat like a sword, lucky to have seen his valour and passion. Such is his calmness under tremendous pressure that one wonders whether he is even mortal. Thanks to his brilliance India plundered 115 in the last 10 overs to steal victory from the jaws of defeat. The six over long on off the backfoot that Kohli hit in the 19th over is already being termed as the shot of the tournament. The master of the run chase is well and truly back. Watch out everyone, the King is just warming up.

Earlier in the evening Pakistan themselves recovered well after a poor start. They have been criticised for being too reliant on their openers Babar Azam and Muhammed Rizwan. India’s young quick Arshdeep Singh dismissed both of them cheaply and the middle order were being asked some serious questions. But the experienced Shan Masood and Iftikar Ahmed put together a 76 run partnership to make sure Pakistan got to a fighting total.

Until the last over of the Indian innings it looked like Pakistan had enough on the board but fate and the sensational Virat Kohli had other plans. Kohli deservedly picked up the man of the match award for his 82 not out of 53 deliveries and in a touching gesture thanked his fans for standing by his side when he was going through a rough period. Tough times teach you a lot in life, humility during the good times is definitely one of them.

Pakistan will find it really tough to pick themselves up after such a gut wrenching loss. India on the other hand will be overjoyed with the come from behind victory and will go into their next match with their confidence sky high.

This match was sold out within 5 minutes of the tickets going on sale. There was tremendous pre match hype and I am glad that it lived up to all the expectations. A match like this early on in the tournament will only increase the interest of the fans and augurs well for the tournament.