India vs England preview: My money stays in my pocket 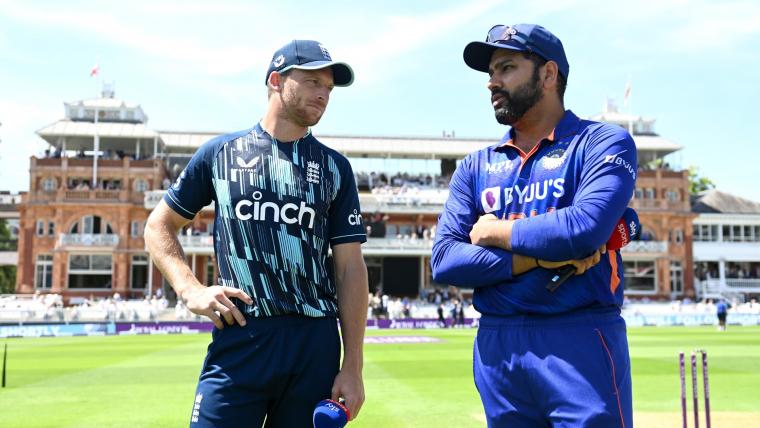 Even betting sites around the world are finding it difficult to separate the two sides and there is a good reason for it. It is too close to call. Man for man both teams are pretty even stevens and I wouldn't be surprised if we get an absolute nail biter that goes right down to the wire.

I mean how do you pick a favourite between Jos Buttler and Rohit Sharma, between Ben Stokes and Viart Kohli, between Liam Livingstone and Hardik Pandya, between Adil Rashid and Ravi Ashwin or between Sam Curran and Arshdeep Singh. If anything England do not have a 360 degree player like Suryakumar Yadav (SKY) in their ranks. But then most teams don't and the kind of form SKY's in at the moment, could he potentially be the difference between the two sides?

India has been a force to be reckoned with in all forms of cricket for a long time now but when it comes to winning ICC events their trophy cabinet has not had any additions since the champions trophy win in 2013. Another failure this time around will only fuel the voices of their critics. A fan following of over a billion is a huge motivator but you need strong shoulders to carry the weight of their expectations. The good news is that KL Rahul has found form. Virat Kohli is batting like a dream. Suryakumar Yadav is the best T20 batter in the world at the moment. Both Bhuvneshwar Kumar and Arshdeep Singh are swinging the ball and Rohit Sharma is well overdue for a big innings. Could they break the trophy drought this time?

After a dismal campaign in the 2015 ODI world cup in Australia & New Zealand, England have had a phenomenal turnaround in white ball cricket. They changed personnel, they changed management but most importantly they changed their mindset and their attitude. It led to them winning their first ODI world cup ever in 2019. They did win the T20 world cup in 2010 but as tournament favourites they will be keen to do the same this time around. In Jos Buttler, Alex Hales and Liam Livingstone they have batters who can single handedly win matches for them. In Mark Wood they have the fastest bowler in the world currently and in Ben Stokes they have an all rounder capable of producing magic on his day. Can they handle the pressure of a world cup semi final in front of 53500 fans, 50000 of whom will be Indians?

Hence I am not going to pick a favourite in this one and my money stays firmly in my pocket.