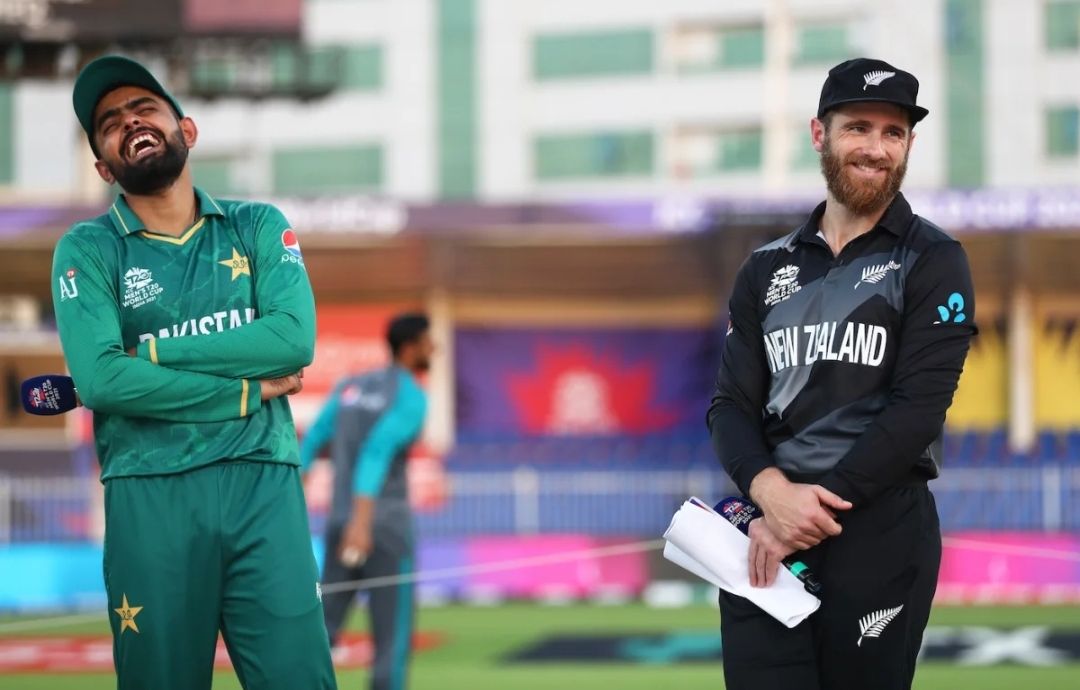 To be honest I didn’t think either of these two teams would be in the semi finals. With sides like England and Australia in their group the Black Caps have once again proven that in world events their planning and execution is much smarter than many others. Pakistan on the other hand have snuck into the semi finals through the back door which South Africa left open for them after losing to the Netherlands in their final group game.

New Zealand and Pakistan have played each other 28 times in T20 cricket. Pakistan has won 17 of those while the Black Caps have won 11. But as we have seen right throughout this tournament, history and past records mean nothing.

The Black Caps are probably the best example of Aristotle’s expression ‘The whole is greater than the sum of its parts’. A team which never had superstars but consistently punched well above their weight. This time though things are a bit different.

In Finn Allen and Glenn Phillips they have batters who can singlehandedly change the course of a match in a matter of minutes. In Devon Conway and Kane Williamson they have the much required solidity in their batting. In Trent Boult they have arguably the best white ball opening bowler in the world today. They have the experience of Tim Southee, the consistency of Mitchell Santner, the explosive pace of Lockie Ferguson and the x-factor of Ish Sodhi. Plus they are a brilliant fielding unit. They go into this semi final as firm favourites. With a number of semi final and finals appearances in white ball cricket since 2015 they will be desperate to lift the trophy this time. Will they be able to hold their nerve and deliver when it matters though?

Nothing about Pakistan cricket surprises me anymore. After back to back losses to India and Zimbabwe they needed a miracle to reach the semi finals and they won the lottery when South Africa choked against the Netherlands. Right through the tournament their bowling has been impressive but it is their batting which has let them down time and again.

Captain Babar Azam and wicket keeper Muhammed Rizwan came into this tournament as the best opening combination in the world but both have struggled to live up to the expectations on the biggest stage of all. Shaheen Shah Afridi returning from injury is still finding his rhythm. But despite these superstars not performing Pakistan have managed to do the needful when it mattered the most. The young and exciting Mohammed Haris will be the one to watch with the bat whereas speedster Haris Rauf and all rounder Shadab Khan have been consistent throughout the tournament with the ball.

Thirty years back in 1992 Pakistan won their first ever world cup on Australian soil in the ODI format. In that tournament too they somehow managed to qualify for the semi finals after being on the brink of elimination. There they beat a New Zealand side that had won seven out of their eight matches in the round robin stage. The captain of that Pakistan side was Imran Khan who until recently was the prime minister of Pakistan. During the current World Cup, he has been in the news for being injured when an attempt was made to assassinate him during a public rally in Pakistan. I am not very superstitious but I do believe in destiny. Pakistan has been lucky but can they lift their game to help destiny repeat history one more time?