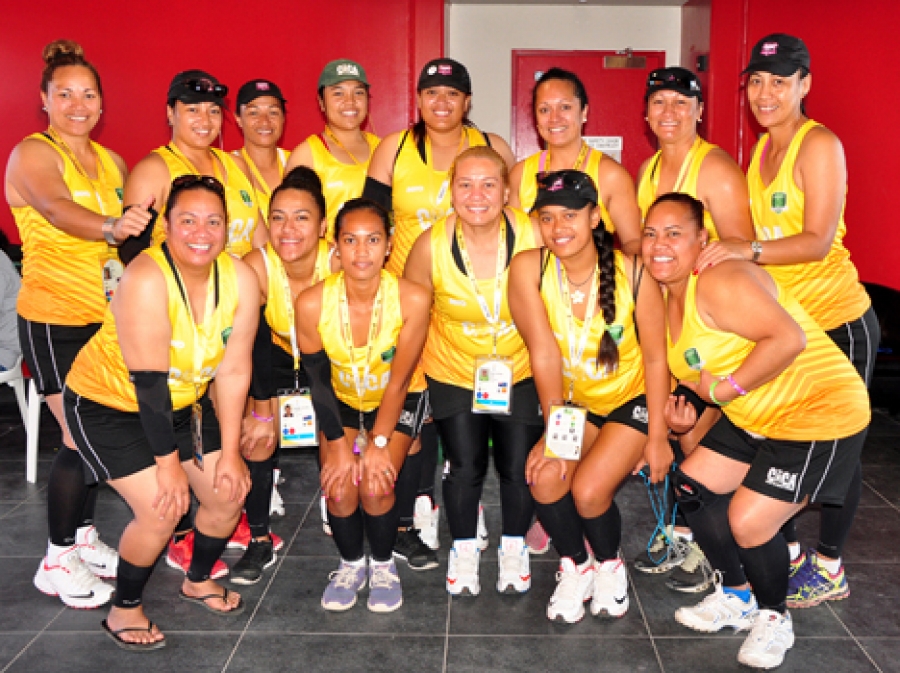 Members of the national women's cricket side at the Pacifi c Games in Papua New Guinea. Some of them are expected to feature for their respective island teams in the Cook Islands Games cricket competition.

The Cook Islands Cricket Association is hoping to field eight teams each in the men’s and women’s grades for the coming Cook Islands Games.

The teams will be divided into pools of four in each grade with the winners, after the round robin competition, battling for the gold medal.

The second finishers from each pool will play in the bronze medal playoffs.

The eight-a-side competition will be played in the 10/10 cricket format.

Association chief executive officer Alister Stevic says the 10/10 format will add to the excitement of the games.

He says they are anticipating an exciting competition from the participating teams.

“With many of the people occupied in the Constitution Celebration and work, we thought to make it an eight-a-side tournament,” Stevic says.

“This shortened version will make the competition an exciting one and full of action.”

Stevic says Pukapuka, with their rich cricket heritage, can be the favourites but it is too early to predict the outcome.

Pukapuka is said to be the home of kilikiti, which has been embraced by Samoa (and American Samoa), where it is almost regarded as the national sport.

If Pukapuka is the home of kilikiti, no country has embraced the sport more than Samoa (and American Samoa), where it is the national sport

“They call cricket their national sport on their island and they have a good knowledge of the sport,” Stevic says.

“But I think it will go down to the team which will be able to adapt to this format.

“We also have new teams from Mauke, Mangaia and Atiu which will have players based in Rarotonga who play cricket regularly. So that also puts them in contention for medals.”

The gold medal winners will also receive a ‘boombox’ and an LG mobile set each from national cricket sponsors Computer Man.

The men’s competition will be played on Wednesday next week followed by the women’s games on Thursday.

The medal playoffs will be held on Friday

The Pool A games will be played at the Turangi Cricket Oval while the Pool B matches will be held at the Matavera Field.