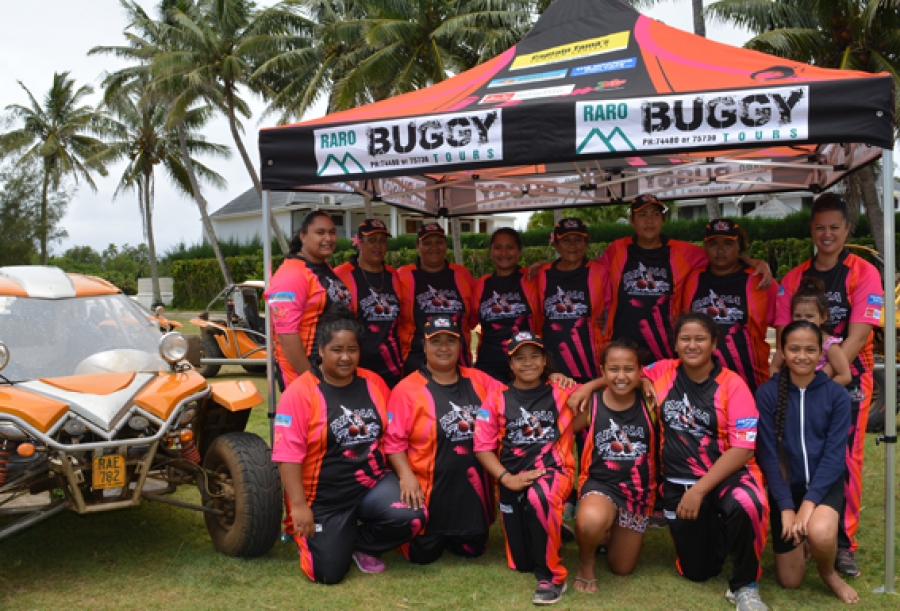 One OF the contenders for the Cook Islands Cricket women’s title Avana has dedicated their recent success to their band of sponsors.

The side is placed in the top three in the weekly competition and has received timely support from Raro Buggy Tours, Captain Tamas Lagoon Cruizes, The Mooring Fish Cafe and Aroko Bungalows, Shuzi Rarotonga and Kia Orana Store for the 2016 season.

Last month, the team hosted their sponsors and supporters to a dinner where they launched their new uniforms, cricket gear, and marquee.

“Our sponsors were so impressed with the dinner catered by Avana Women’s Cricket Club themselves, and witnessed first-hand what their sponsorship was used for,” club secretary and treasurer Maybelline Bullen said.

“It was also an event where our sponsors and supporters alike could mix and mingle with our club members, discuss upcoming events, and get positive feedback!”

Over the past few months, Bullen said the club held several fundraising nights that were attended by their loyal supporters.

In addition, she said the club was able to secure sponsorship that helped them purchase new playing kits.

The club hopes the new gear will help them develop the new players that have joined them this year.

“Given the keen interest from our newest members, AWCC were driven to promote new development for the club by purchasing new sets of junior pads and junior gloves to assist in their training and performance,” Bullen said.

“As a club, AWCC also decided to purchase new uniforms for their junior players rather than burden their families for financial contribution.

“AWCC felt this would encourage the young players to grow into the sport and hopefully become potential national players.”