Let God be your travel agent 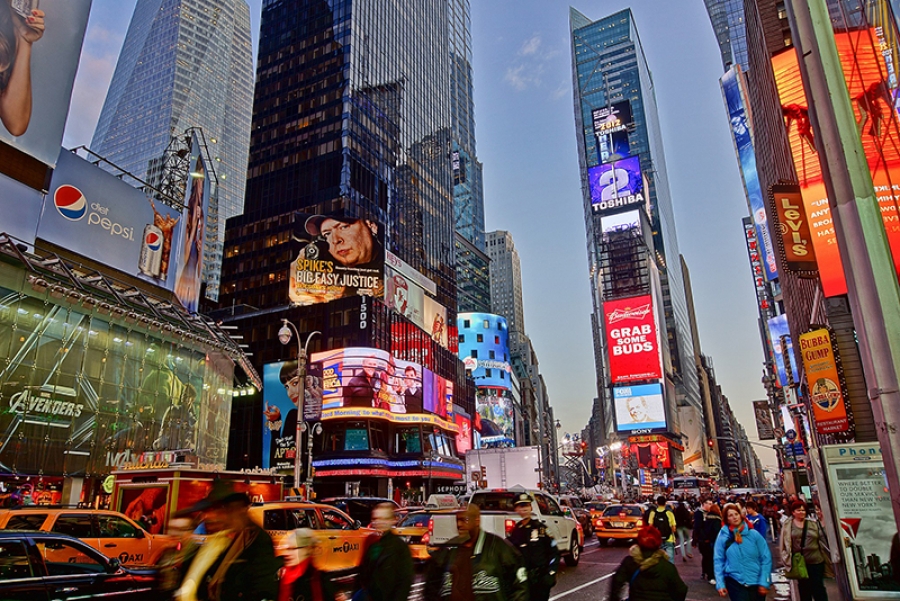 When she was stuck in bug, busy New York and everything seemed to be going wrong, Seventh-day Adventist Church pastor Sarah Aratai trusted in God – and he delivered.

In 2014 I decided to take a second trip to the United States for three weeks holiday. Two years prior to that I had traveled with two reps from the Cook Islands to attend the International Women’s Day of Prayer in New York – but I only saw a little of New York city.

So I decided to return to New York to celebrate my 40th birthday. My part of preparing for this trip was to find a hotel in Los Angeles for 4 days and a couples of days in New York and a couple of days back to LA.

So, I needed to work out how much it cost for the fares, accommodation, tours and meals. But what am I going to do in the States?

I said to God and Jesus: “you plan my trip”.

And I kept praying, Lord, I am allowing you to plan my trip. For me, I am done with planning.

All I needed was a break, I had been organising for work – I just needed a break from organising. There were two objectives in asking God to plan into my trip.

First, I wanted to test Him and to see the way God planned my trip. Secondly, what exciting things God had in store for me.

Now friends, let me warn you. Be careful when you ask God to plan your trip. Because you need to be ready, be courageous and hold fast or stay trusting in God.

Lesson #1: When you allow God to plan your trip you must prepare yourself mentally, physically and spiritually.

So the day came for me to depart Rarotonga to catch the LA flight. It was a Saturday night, 10pm flight.

It was a good start, arriving in LA at midday Sunday. It was a nerve-wracking experience because I was travelling on my own. I called the hotel shuttle bus to pick me up at the airport. So the bus arrived and took me to the hotel. I spent four days in LA sleeping, walking, catching the bus to the shopping centre, touring around Hollywood.

These activities were spur of the moment. No planning whatsoever, they were last-minute decisions.

Then things went wrong, the day I caught my flight to Newark Airport. It was a Friday morning and the flights were canceled to New York, due to a cyclone. I was put on to another flight at 11am and the plane was to fly from LA to Chicago then to New York.

So I started to calculate how long it takes from LA to Chicago and from Chicago to New York. That’s when I realised it will take me 20 hours to get to Newark Airport and another hour waiting for the shuttle bus because I arrive in Newark Airport at 1am Saturday and bus services will be closed.

I was praying for the plane to Newark not to fly otherwise I will be stuck at the airport. Praise the Lord, the flight was delayed for an hour. Because we were told in the plane to be ready, if on a connecting flight, to run and catch the next flight. By the time I caught my last flight I was very exhausted. I knew that I would be very late getting to my hotel. I got into my room at 3am.

Lesson #2: Be grateful to God when things don’t go your way.

It was Saturday morning when I arrived at my hotel. I thanked God that I arrived safely and I was so tired I literally crawled into my nice comfortable bed.

In my prayer I said to the Lord, “wake me up, I want to go to church and praise you”.

The Lord indeed woke me up, and gave me strength for the day. So I inquired at the receptionist’s desk where the closest Adventist church was. She showed me the directions but I had to catch the right train when I get off at Time Square station. This is the busiest and most confusing train station in New York.

I must change to another train that takes me to the station where the church is. So, I was praying all the way to Central Station not far from my hotel and other stations.

In New York you must know your bearings of North, East, South, and West. For me, I got lost and by the time I reached the church I was one hour late.

Fortunately, I got in time for the main service. The message was uplifting for me. It just made my morning.

At this church I met friends from Madagascar and South America. After lunch the new friends I met wanted me to go for a bus ride to Atlantic City. I thought, oh why not, it is a new place, I’d like to see what is there. I didn’t want to stay in my hotel.

And I didn’t know that I was not coming back until the next day. But by the time we caught the bus I was so exhausted and walking the whole night till morning. This place was the most uncomfortable and exhausting experience.

Lesson #3: Consult with God if this is the right thing to do.

Next day I was still in Atlantic City. It was Sunday, I was very tired, I hadn’t slept and it was my birthday. On my birthday I was sleeping on the beach with my friends waiting for the restaurant to open before catching the bus to New York City. At midday the restaurant opened: Head to all you can eat restaurant and celebrate my birthday with the two friends I came with. Then we caught the bus back.

Lesson #4: God will bring positive out of a negative situation.

So in the rest of the time in Manhattan, I went window shopping, I walked a lot everywhere in the city, caught a ferry to Staten Island, past the Statue of Liberty. I went to Central Park and the Empire State Building.

I enjoyed those few days in New York – it was a blessing for me. Now I was ready to return to LA. The hotel gave me a birthday voucher for breakfast that was a great blessing.

I went for my last shopping for the day, packed my bags went to get dinner and back to the hotel.

By that time I was ready to hit bed. I had to wake up at 3am to catch my flight to LA.

Things went wrong when I threw my old handbag with the key for the suitcase.

Anyway, I suddenly woke up: It was after 3am. I was panicking, thinking the shuttle bus left me behind. When I got to the desk I was told to pay another couple of hundred dollars for the city tax. I got the shock of my life: the last lot of money I had was for my accommodation in LA.

The shuttle bus came and I couldn’t go because I had to pay the owings. I started to panic and was praying, Lord help me. I will miss my flight and I don’t have any money on me.

I finally managed to pay my last dollars on me and I’m flying to LA with no money. The reception was so helpful in getting me a shuttle van at no cost.

I got to the airport in time to catch my flight to LA.

One more issue I was worried about was how am I going to pay for my accommodation.

So while was on the flight this Christian song came into mind and I started to sing this song. It goes like this:

So when I landed in LA, I said to myself, okay Lord, I’m going to my hotel and you speak for me.

When I approached the reception about my situation they were very happy to book me into the hotel while I sorted out my financial situation.

So friends, these are the lessons I have learned and this applies to anyone. When you allow God to plan your trip you must prepare yourself mentally, physically and spiritually. Be grateful to God when things don’t go your way. Consult with God if this is the right thing to do. God will bring positive out of a negative situation. Completely trust God’s powerful acts continuously.

“For I know the plans I have for you,” says the Lord. “They are plans for good and not for disaster, to give you a future and a hope. In those days when you pray, I will listen. If you look for me wholeheartedly, you will find me.” (Jeremiah 29:11-13 NLT)