How to be certain of salvation 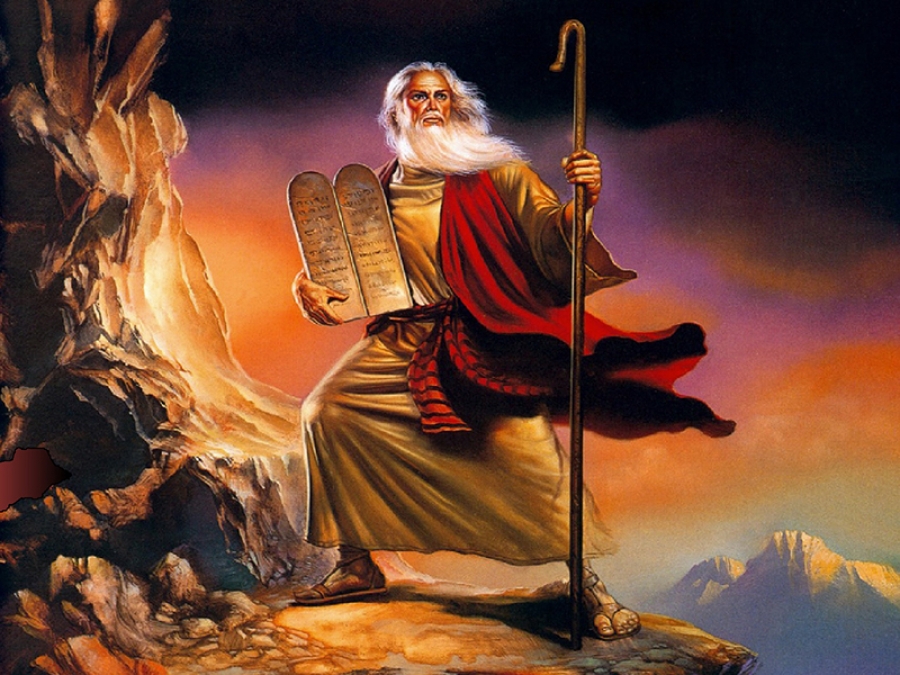 The Ten Commandments tested the allegiance of the Israelites to God. 17092119

The premise of this article is that the reader has a relationship with Jesus or intends to, and therefore believes he or she is saved. The question is, how can you be certain, at the end of the day, that you will receive the reality of salvation when Jesus returns?

When these steps are taken, Romans 3:24 tells us that God “justifies” the repentant sinner. It means God treats him as though he were innocent and that he had never committed any wrong. How does that happen?

Having died on our behalf for our sins, Jesus’ sinless life covers our sinfulness, so that God sees Jesus’ perfection or righteousness, and therefore could only be led to declare us righteous or innocent. Right there and then, the repentant sinner is granted the promise and assurance of eternal life.

A perfect example of this scenario is the thief on the cross who saw in Jesus a Savior and repented of his sins by saying, “Lord, remember me when you come into your kingdom” (Luke 23:42). Jesus replied in a way that reflects God’s response to a repentant sinner, “I tell you today, you will be with me in paradise” (Luke 23:43).

Here is the important question for Christians to ponder: The thief died on that day following his crucifixion, but what about those who continue to live after initially accepting Jesus and are assured of eternal life?

How must they live their lives?

In order to know the answer, we must go back to the past and learn from what has been done there.

When God created this world and everything in it, including human beings, everything was perfect (Gen. 1:31). It was a sinless world that Adam and Eve came into. They had many privileges, including the right to all things created. Above all they had the privilege to live without end.

However, that privilege, along with others, was conditional on their obeying God’s command not to eat of the fruit of the tree of knowledge of good and evil. Here we see the importance of obedience to God’s will as a test of our loyalty and love for God.

Even in a sinless world, man was required to live in obedience to God’s will, as expressed in His commandment at the time. Obedience therefore, is a very important ingredient or criterion for maintaining a love relationship between man and his creator God. It was so important that when Adam and Eve disobeyed God’s command, they paid a heavy price. They lost their privileges to live in His presence and to live forever like He does.

The importance of obedience to God’s will was also emphasized to the Israelites of old. At Sinai, when God established them as His national people to be His witnesses to the world (Isa. 43:10), He stressed the importance of obeying His laws: Health, ceremonial, civil, and moral. The moral law (the Ten Commandments) was the law that tested their allegiance to God. It showed them how they may have a strong love relationship with God and with others.

Deuteronomy 28 lists all the blessings they would have enjoyed if they had remained obedient to God, and all the curses as well if they disobeyed Him.

The Historical Writings and the Prophets reveal how, when they obeyed and kept God’s Law, they were blessed, and how when they broke it, were punished severely. The moral law or Ten Commandments is based on the character of God.

Clearly, God wanted His people to live a life that is based on His character. The Israelites, as God’s witnesses, were to reveal God and His standard of living to the world that they, too, may be blessed. But unfortunately, they repeatedly violated the conditions for receiving the promised blessings. They couldn’t stay away from idolatry and desecration of God’s Sabbath. This act of disobedience culminated in their rejection of the Messiah whom their prophets prophesied about. Therefore, the curses listed in Deuteronomy 28 became a reality.

What about Christians today? Does God require differently of us today? We have seen so far, that anyone who entered into a relationship with God (something God so desires, see 2 Pet. 3:9), whether in the sinless or sinful world, is required to obey and remain obedient to God’s command. God’s command to human beings after sin entered, changed. It became a command/law to be loyal to Him (see Ex. 20:3-17). 1. You must not have other gods. 2. You must not make or worship images. 3. You must respect God’s name. 4. You must remember to keep God’s Sabbath day holy.

These first four commandments were God’s design for a happy and loving relationship that man could enjoy with Him. The last six were designed to enable us to live in harmony with other human beings. This is man’s way of life initiated by his Creator.

Most Christians have no problems with commandments one to three and five to 10, but unfortunately, many cannot bring themselves around to accepting what God requires of them in the fourth. Here God specifically pointed out that He created the world and everything in it from the first to the sixth day, and rested on the seventh day.

He is pointing humankind to the seventh day of creation where He rested, and blessed it, and made it holy (Gen. 2:1-3), because He set that day apart for all human beings. Can we see then how wrong it is to claim that the Sabbath was only for the Jews? God requires all to keep His Sabbath holy.

So, what is the act of obedience here then? If we are honest, we would agree that it simply means, if our actions are not in harmony with this commandment, then it is we that must make the change as an act of obedience to God’s will.

We must learn from the mistakes made by our ancestors and the Israelites, and remember the enormity of the price to pay when we disobey God. Remember, we do not obey in order to be saved, but we do so because we are in a saving and a covenant or love relationship with Him. We have been assured of salvation as we accepted Jesus, but if we do not live in obedience to God’s will then the promise of salvation for us may never be a reality.

I recall the words of Jesus, “Not everyone who calls out to me, ‘Lord! Lord!’ will enter the Kingdom of Heaven. Only those who actually do the will of my Father in heaven will enter. On judgment day many will say to me, “‘Lord! Lord! We prophesied in your name and cast out demons in your name and performed many miracles in your name.’ But I will reply, ‘I never knew you. Get away from me, you who break God’s laws’” Matt. 7:21-23(NLT).

It is evident from the Scriptures that in all the relationships that God entered into with humans, He promised good things. However, the fulfilment of these promises was on condition that humans obeyed God’s commands. As with the Israelites, when they partially obeyed they received partial reward, so it is with Christians.

A partial compliance with the terms of the covenant relationship with God brings a partial fulfilment of the blessings intended. For example, one may receive the blessing of accepting Jesus by having a transformed life, but when that transformed life continues to disregard God’s law he will never experience the blessing accorded with commandment-keeping, including the blessings of the Sabbath. Going back to the thief on the cross, he could not live to demonstrate his love and gratitude by obeying God’s commands, but was blessed for accepting Jesus with the promise of eternal life.

It’s all good to rejoice in the promise of eternal life as we accept Jesus as our Lord and Savior, but the appeal of Jesus is simple, “If you love me, keep my commandments” (John 14:15). And again He says, “Blessed are they that do his commandments, that they may have right to the tree of life, and may enter in through the gates into the city” (Rev. 22:14, KJV). The grateful follower of Jesus will always ensure their ways are in harmony with the will of God, and will feel confident at the end of their journey that their salvation is, indeed, certain.