Dear Editor, This is an invitation for the Minister of Finance and aspiring prime minister, Mark Brown to come clean and be honest with the general public. 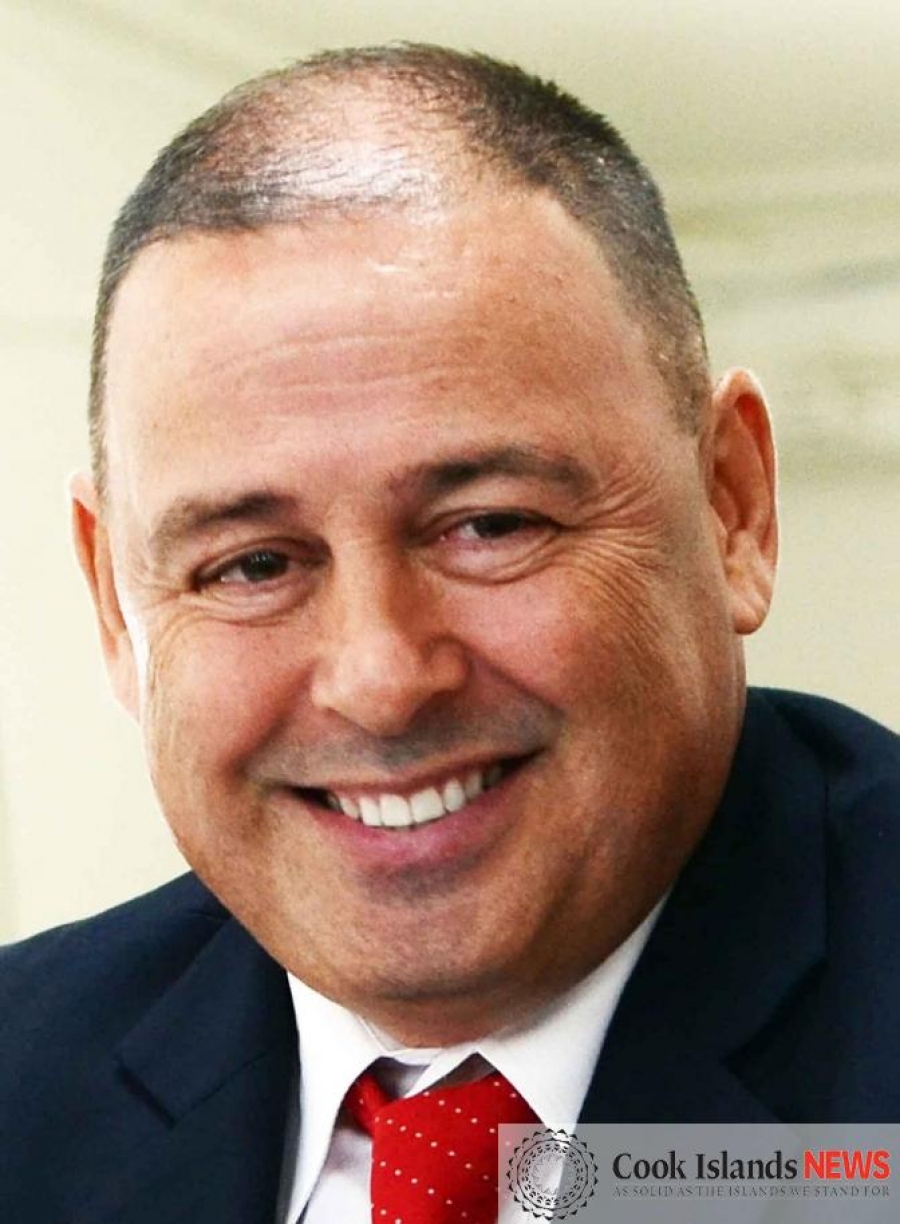 The leader of the new Cook Islands United Party, former deputy prime minister Teariki Heather, says he wants to give the country a serious future alternative to the Cook Islands Party and the Demos. The former deputy prime minister says CIUP will launch their political campaign on November 24 at 6pm at the Arorangi sports clubhouse. The party’s banner features a rainbow, which Heather says is symbolic of God’s covenant of love. “That is what the party is founded on.” It also has 15 stars, which he says represent all of the Cook Islands. “We will “never forget those islands, north or south.” The party’s goal Heather says, is to “give hope to our people,” and finally bring about political reform and minimise the costs of government, with fewer MPs. Heather says the costs of running the country are continuing to escalate. And having a number of years’ business experience as chief executive of long-established contractors T&amp;M Heather, he says he wants to build a stronger economy by being mindful of the country’s spending. “Our people had a tough time in the’96 recession and I don’t want to see us go through something like that again. That’s one of the most important issues for me.” Following his exit from politics and the CIP party at the general election in June, Heather says he was content to go back to his construction business and spend more time with family. Since then however, he has been approached by various “politically disheartened” members of the local community and the Pa Enua, asking him to step up and form his own party. And it’s not the first time he has attempted to launch a new political party. Following a stint as the first mayor of Puaikura in 1998 and at the urging of his parents, Heather launched the Cook Islands National Party, with the aim of achieving political reform, including a shorter Parliamentary term. The party disbanded after just 11 months. At the time he says he felt he was alone “on the fence” between the Democratic Party and the CIP. He then joined the CIP under Geoffrey Henry as a junior MP. He was appointed to Cabinet in December 2010 after the Cook Islands Party won the 2010 election and served as Minister of Infrastructure &amp; Planning and Justice. In December 2013, he was appointed deputy prime minister, filling the vacancy created by the resignation of Tom Marsters. He lost his seat in this year’s general election on June 14, with Nooroa o Teariki Baker taking his seat in parliament. Former minister of Health, Nandi Glassie and former MPs Moana Ioane, and Tau Isamaela have joined with Heather after also being defeated in the election. Heather says he was not disheartened with the CIP, but since leaving the party had been approached to form an alternative to the “status quo”. He has since brought together similarly-minded politicians in their aim of having 24 candidates contesting the next election in four years’ time He says he doesn’t necessarily have aspirations to become leader of the country, and it’s not key to forming the party just yet. However, he says, “I have to lead as there is no one else stepping up... I’ve faced the challenge before and I’ll face it again, whether successful or not.” He adds that people may say, “Oh you may have a new party, but are they capable of running the country?” “And the answer to this is yes. We’ve been there, we’ve done that.” He says the party will be a serious contender by the time of the next general election in 2022 or any other by-election in the meantime “The country has prospered and I would like to keep that going.” Heather says he was content where he was in life but didn’t want to be what the Mangaians call “Aringa me kare atika”. The phrase means in English, “I should have done something.” – Chris Taylor

Tetava says he will 'stand firm'

Commissioner of Police Maara Tetava says he will stand firm on his determination to continue in his post despite what he describes as “apparent aspertions” and doubt cast on his employment last week. 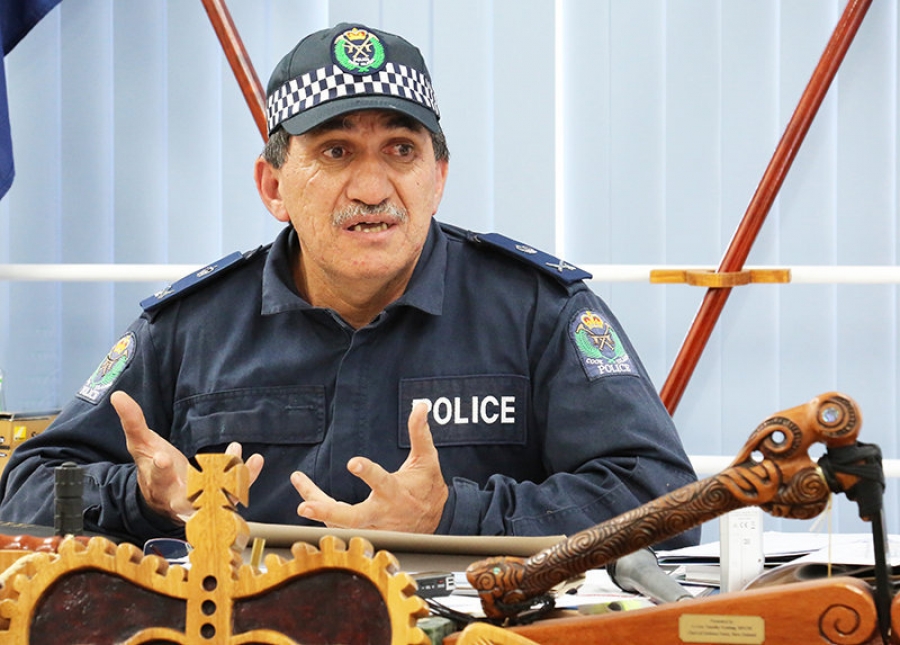 The Cook Islands can now access climate related finance of up to about $76.3 million (US$50 million) per project directly from the Green Climate Fund (GCF).

Brett Baudinet and Patricia Taea claimed the Sportsman and Sportswoman of the Year awards, respectively, at the Cook Islands Sports Awards 2018 yesterday.

The Pacific Community, Forum Secretariat, and Australia's vocational training project in the region have been raised as potential hosts for a new Pacific Labour Mobility office. 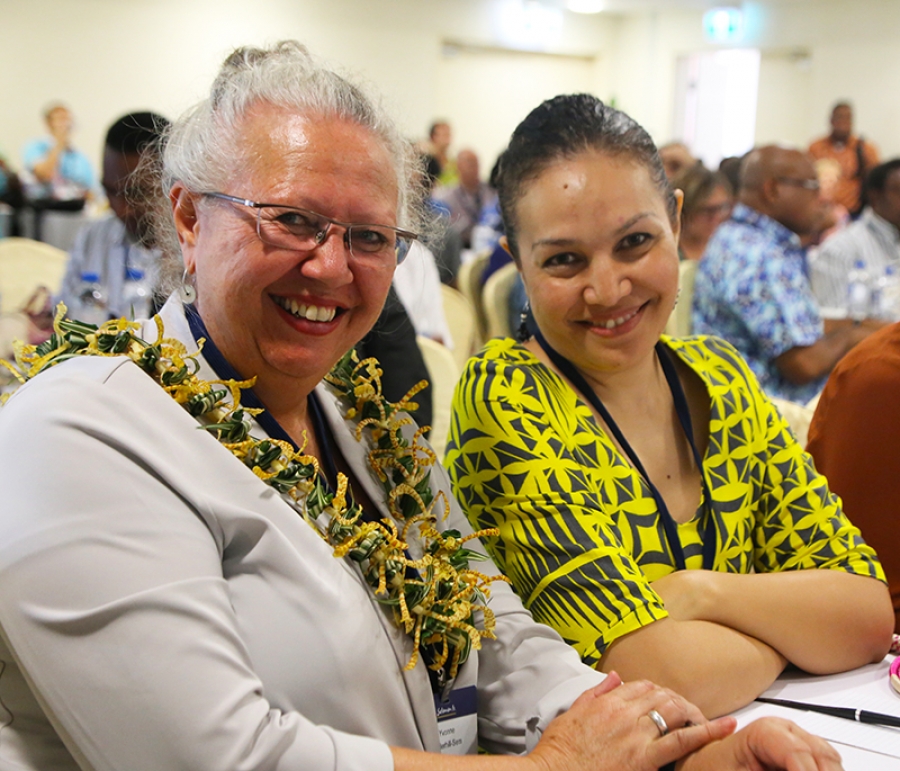 The ninth round of the 2018 Rarotonga football competition kicks off this afternoon.

On the other side of the lens

Continuing to provide opportunities for young people across the performing arts is once again on display for the next generation of film-makers. 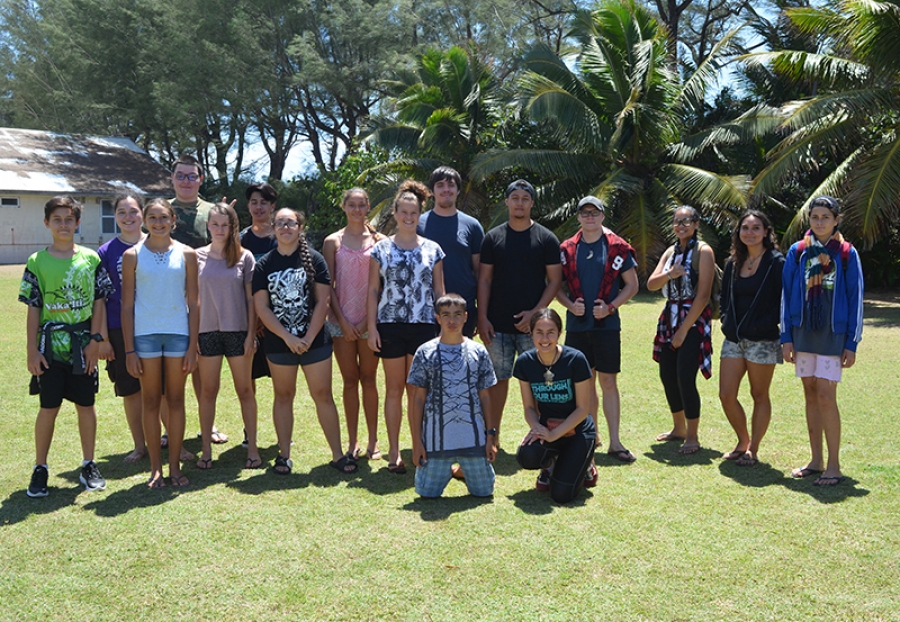 Students get handy on sun-shelter

The Level 3 Building and Construction students put together a proposal for the school and are now into the building of the fan-shaped design, to offer additional seating and shade space for the school’s students to enjoy.

The next generation of young Cook Islands athletes has been announced to compete at the upcoming Polynesian Championships.

A new sculpture at Royale Takitumu is catching the attention of tourists and locals alike. 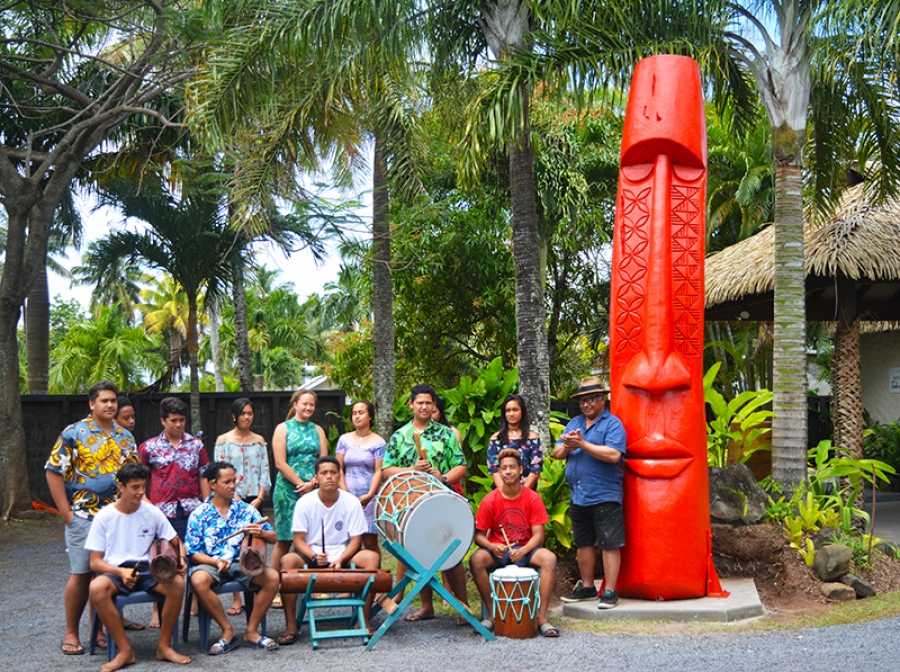 Where to now with prosperity plan for the Pa Enua?

Dear Editor, Now that the war with ghost writers and smoke signalers appear to be waning, the election has come and gone with government losing the election and regaining the Treasury benches (only in the Cook Islands), the Budget is passed and we again have political stability, people are asking where to now with the Paradise Prosperity Plan (PPP) development scoped by Merchant of Paradise (MOP) for the Pa Enua. 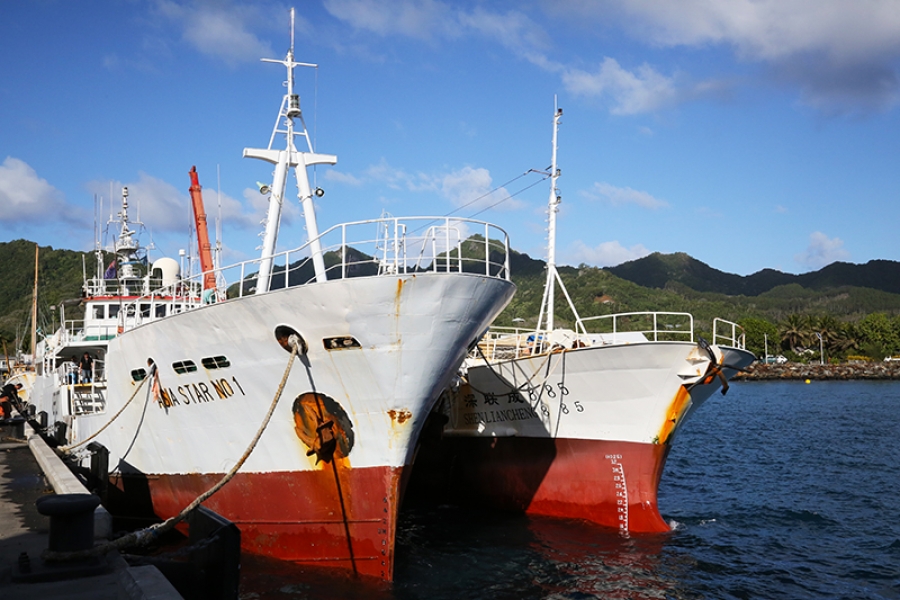 A group of students from Tokoroa High School is currently in the Cook Islands to help further their study of our language. 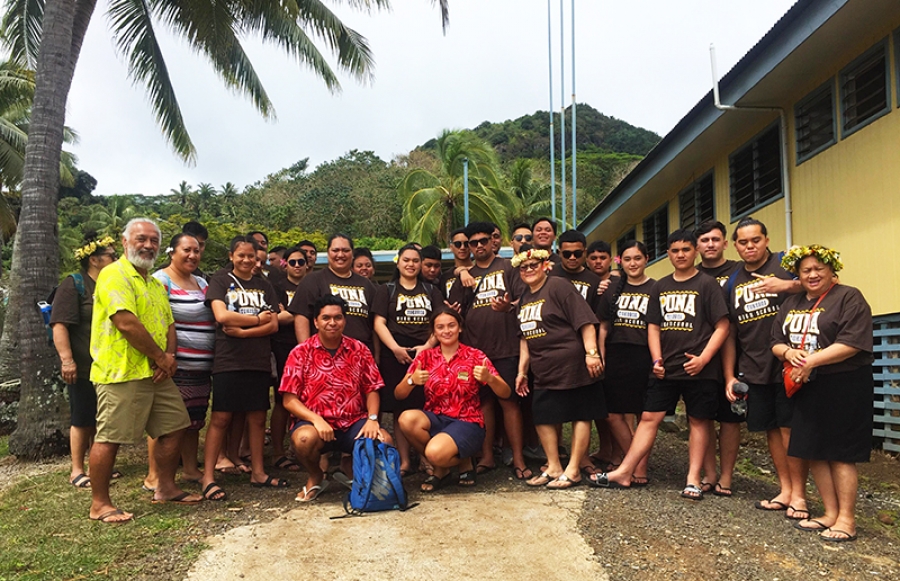 Following on from the recent Literacy Week run by the Ministry of Education, we are going to be publishing some of the winning entries from the creative writing competition over the next few weeka. The theme for this year’s competition was “Cook Islands Heroes”. 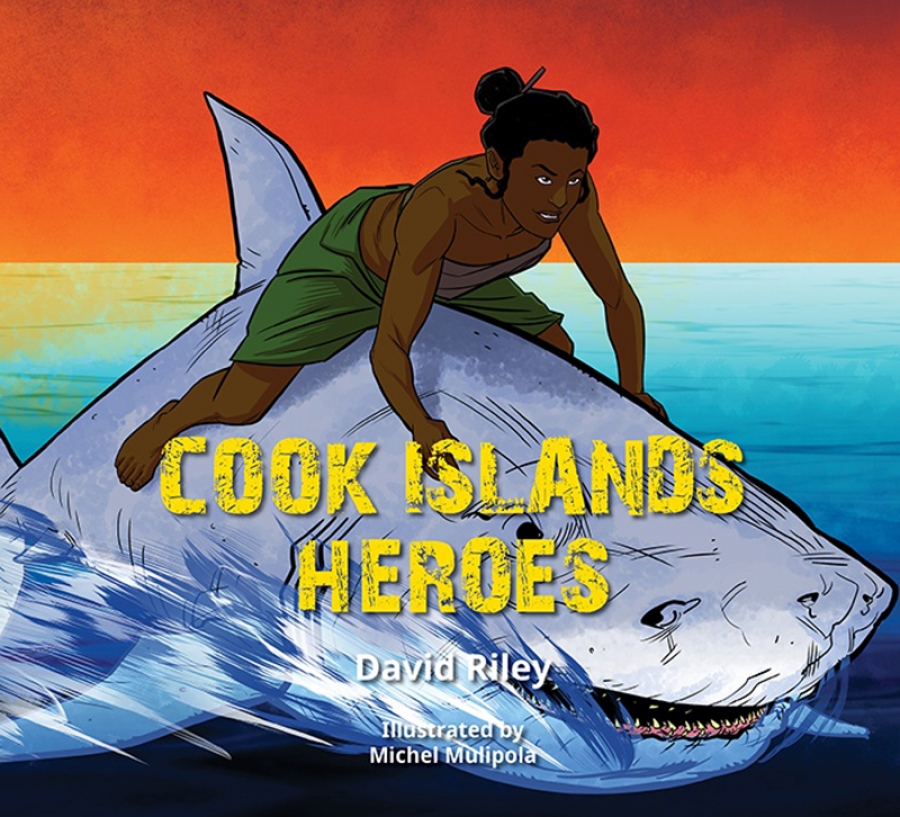 Three Kukis up against the Storm

Three Cook Islanders will be up against the storm when Sydney Roosters take on Melbourne in the NRL grand final tonight at 11.20pm (Cook Islands time). 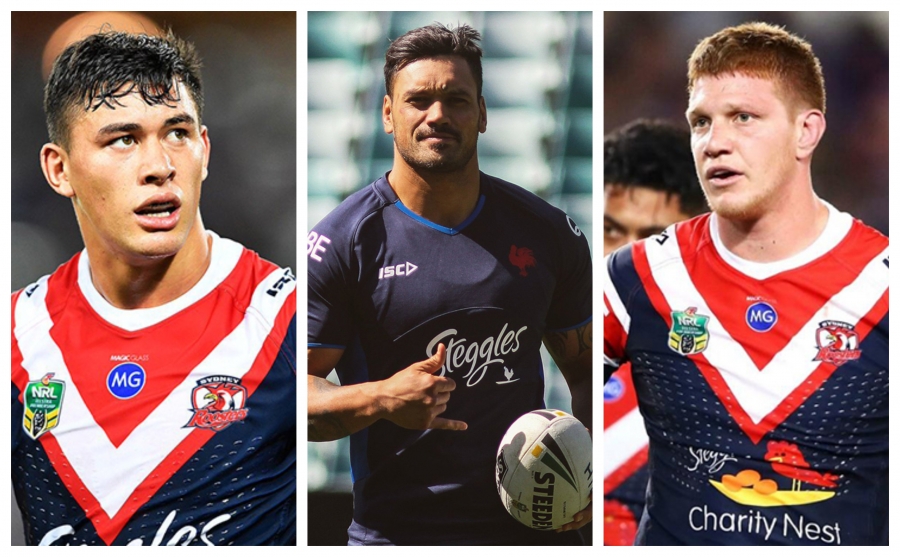 Rod Rixon concludes his fascinating look at the history of cinema in the Cook Islands. 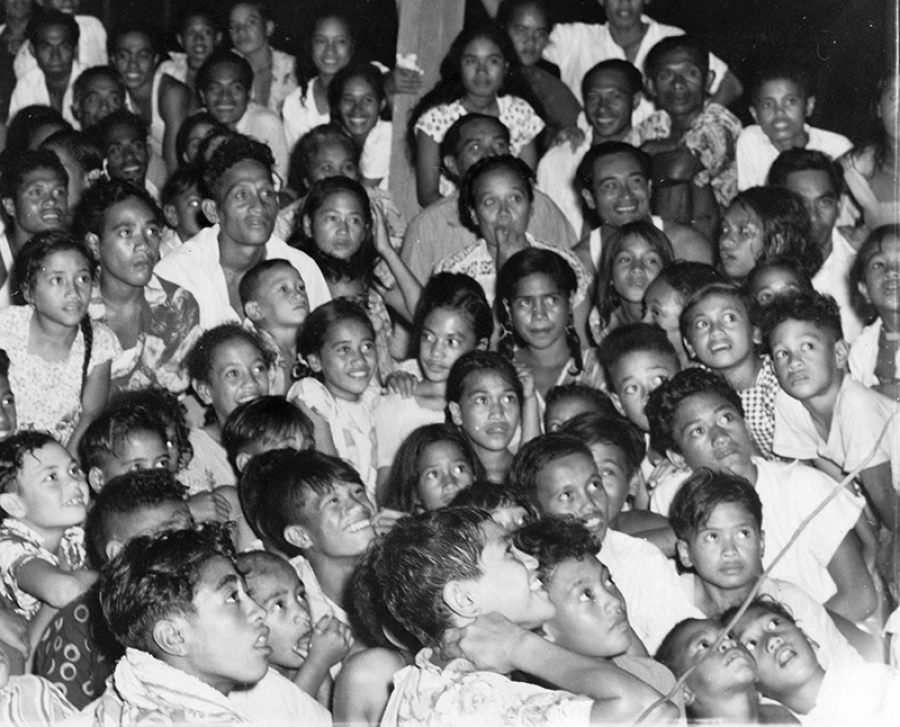 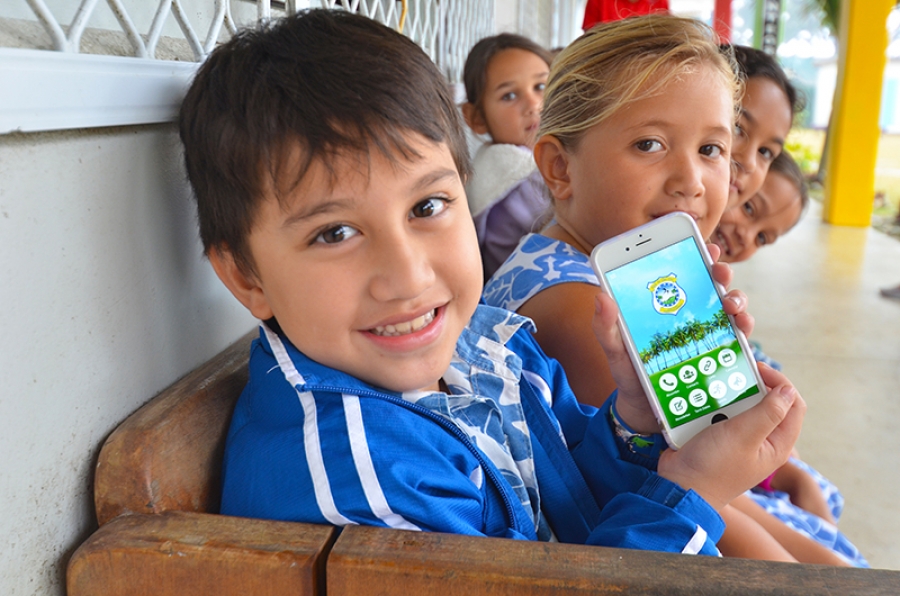 While the gymnasts of the Cook Islands may not yet be competing on the world stage, Raukura Ellison is helping to give the country a voice on the international stage at a governance level. 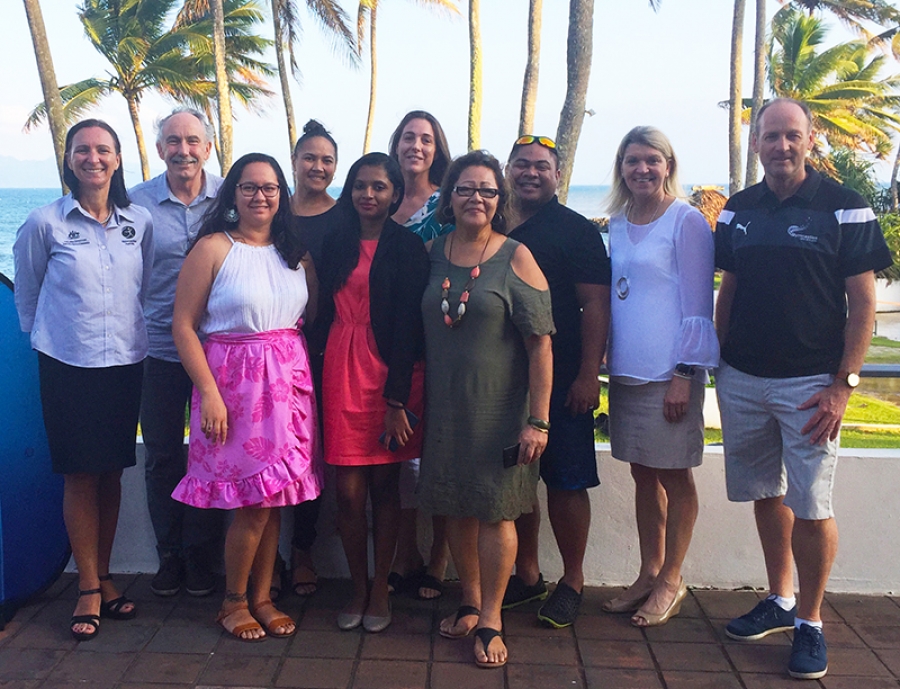 Budget set to be passed today

The Appropriation Bill, or the Budget for the 2018/19 financial year, is expected to be passed in Parliament today.